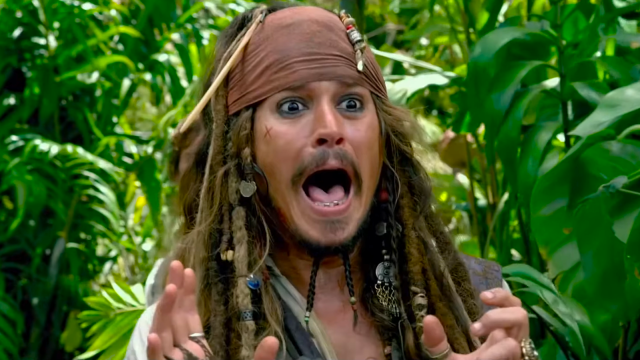 Regardless of how you may feel about the man himself, we can’t deny that it’s almost impossible to imagine the Pirates of the Caribbean franchise without Jack Sparrow getting into all sorts of shenanigans and other characters reacting to the utter absurdity of his existence. That has basically been the franchise’s staple ever since its invention, after all, and no amount of marketing is going to make fans more amenable to someone else taking over, even if that someone happens to be acclaimed and beloved Aussie actress Margot Robbie.

Luckily, the Mouse House finally understood that Depp’s exclusion was a recipe for disaster. No doubt they were even emboldened by the recent trial verdict in the Johnny Depp v. Amber Heard defamation lawsuit, which largely sided in Depp’s favor.

Now, with Disney canning the Margot Robbie-led sequel, legions of Depp fans have taken to Twitter to express their joy at seeing the Pirates franchise course-corrected before it was too late. It’s still unclear if Depp himself will return as Jack Sparrow, or whether Disney is forsaking the series altogether, but as far as the internet is concerned, there’s no Pirates without the American thespian.

Many still think Disney mishandled the situation, even though they’re still profiting from the character and his name.

Perhaps the company could develop that Margot Robbie flick under a different name or as a spinoff if the idea is good, though we highly doubt that’s the case.