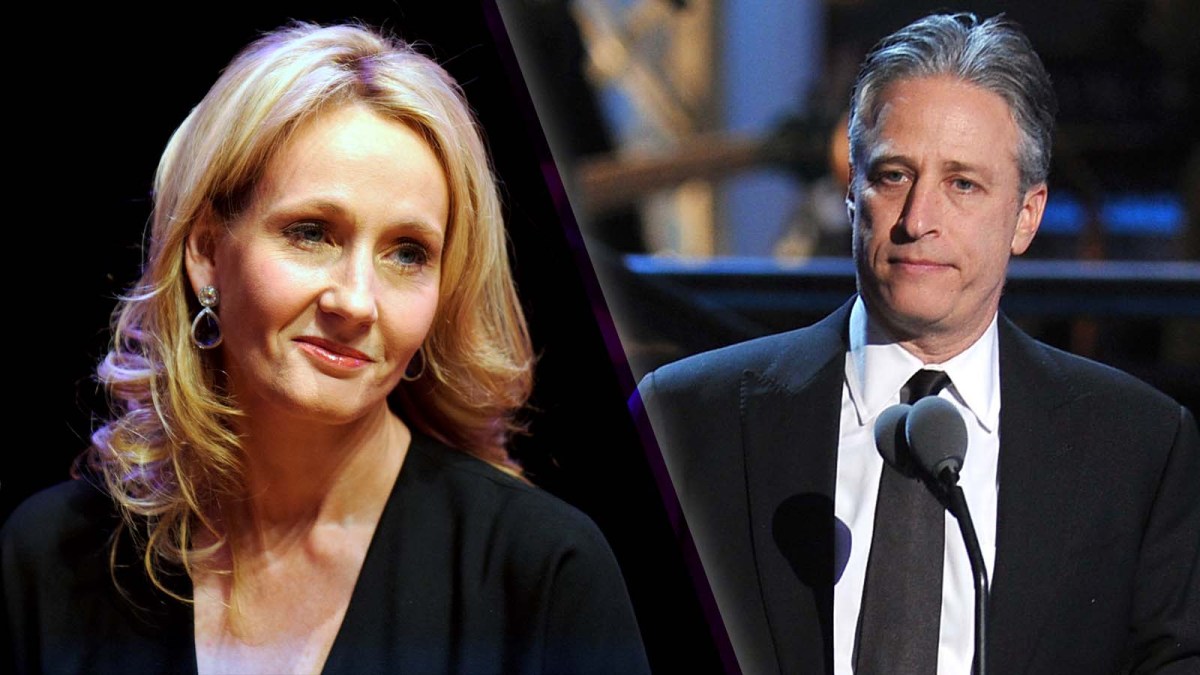 Jon Stewart is calling out some of the characters in Harry Potter as anti-Semitic caricatures, stirring up yet another conversation about the series’ controversial author, J.K. Rowling.

Rowling has courted controversy for years, particularly following her rise as the poster child of trans-exclusionary radical feminism. Her views on transgender people has made Rowling a problematic figure over the last few years, and has created a complicated relationship between fans of her work and the work itself.

While Harry Potter has largely been viewed as a non-controversial series, Rowling’s continuing online commentary has pushed some fans to boycott the entire franchise.

Stewart’s comments throw the series’ status back into question, as fans re-examine specific scenes through a new lens.

In a recent episode of Stewart’s podcast, The Problem with Jon Stewart, the former Daily Show host pointed out that he’s long held issue with Rowling’s portrayal of goblins in the Harry Potter series. Drawing connections between how goblins are portrayed in Harry Potter and the depictions of Jewish people in The Protocols of the Elders of Zion, Stewart pointed out what he sees as clear connections between Rowling’s depictions of goblins and anti-Semitic depictions of Jews.

“Let me show you this, from The Protocols of the Elders of Zion, I just want to show you a caricature,” Stewart said in the podcast, recreating conversations he’s had over the years. Noting that people commonly believe the depictions shown in the 1903 book are from Harry Potter, Stewart goes on to point out, “No, that’s a caricature of a Jew from an anti-Semitic piece of literature.”

Perusing images from The Protocols of the Elders of Zion, it’s easy to see why Stewart draws a connection. Images of Jewish people from the book depict them as giant-nosed, clawed gremlins, often with twisted or grotesque bodies and large ears. Correlations between these images and the depictions of goblins in the Harry Potter franchise are easy to spot.

And, as Stewart points out in his segment, these similarities could have been easily avoided. As he notes, Harry Potter takes place “in a wizarding world,” in which characters can “ride dragons” and own a “pet owl.”

“And who runs the bank? Jews.”

When initially watching the scene, Stewart says he was shocked that no one else reacted to the goblins’ appearance. In a thread discussing Stewart’s segment, a Twitter user digs into his own past discussion of these same problematic tropes from several years back.

Pointing out that “In total fairness, goblin mythology as antisemitic tropes predates all of us, including JK Rowling,” Shimunov still leans on the fact that “across Harry Potter novels, JK uses her freedom to reinvent almost anything. But as Jon Stewart points out, the antisemitic tropes maintained.”

He also linked to other famous people who’ve made similar criticisms against Rowling’s depiction of goblins in her series, including a segment from Saturday Night Live in which Pete Davidson called Rowling out.

Davidson points out, in his typical, scathingly comedic way, that despite having endless freedom in the “fantastical world she created,” Rowling still relies on anti-Semitic tropes for goblins.

“The woods are controlled by centaurs, the schools are run by wizards and ghosts. But who controls the banks? Jews, obviously,” Davidson says.

The criticism from Stewart led to a larger conversation about the many problematic issues with Rowling’s body of work. People began pointing out other racist or controversial additions to the series, like the primary Asian character’s name being Cho Chang, the name of one of the series’ main Black characters being Kingsley Shacklebolt, and the primary Irish character being “the one who constantly blows things up.”

Plus there is, as always, her alleged transphobia. As people begin to stack up the issues they’ve discovered on re-reads and re-watches of her creations, a thoroughly unflattering picture begins to form. While most creative exploits lean on history and former art for inspiration, many people are coming to find Rowling’s characters to largely lean on the worst aspects of a culture.

Stewart’s comments spurred a much larger conversation, ultimately leading “Rowling” to trend on Twitter in the early afternoon hours of Jan. 4. The trending topic is largely occupied by people participating in a site-wide discussion about the racist and anti-Semitic tropes littered throughout Harry Potter. It also led to comparisons between the public’s reaction to Rowling and their reaction to actress Emma Watson. Watson became the recent subject of controversy after she posted a message in support of Palestine to her Instagram. The message was labeled as “anti-Semitic” by some, including the former Israeli ambassador to the UN, Danny Danon.

The trending topic also spurred jokes, as people jested about other racist or problematic character options that could have been. Proposed options included characters like “Juan Sombrero” and “Mario Luigi Ferrari,” though the latter appears to be a real person named before Mario Brothers became a thing.

The conversation is still in full swing online, as fans and detractors gather to give their two cents on the issue. Regardless of where people land, Stewart has prompted a necessary — and thoroughly overdue — conversation.