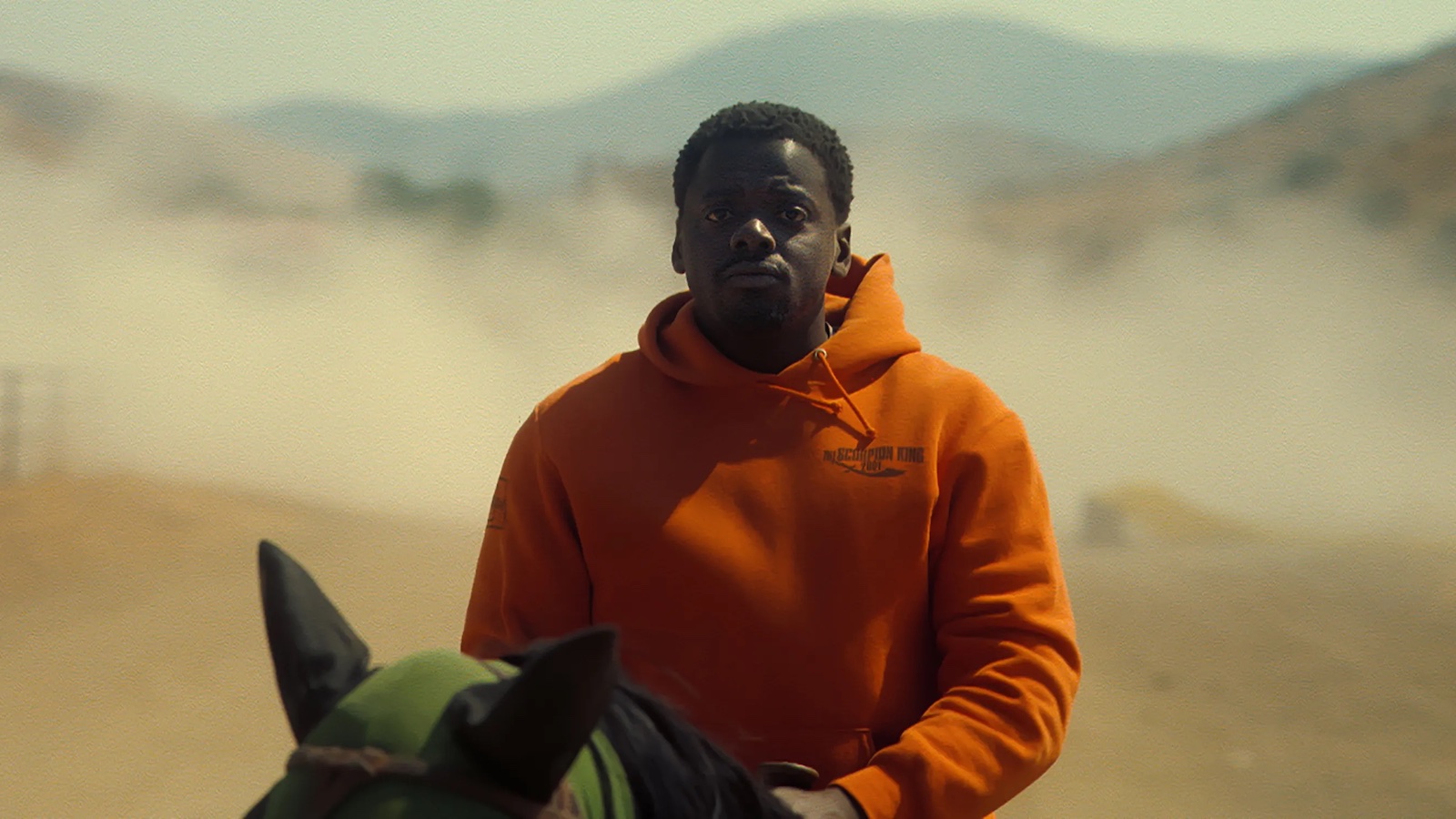 NOPE, Jordan Peele’s latest movie, has been shrouded in mystery, and the new character posters only add to the strangeness.

On Twitter, Discussing Film shared the character posters that include Daniel Kaluuya, Steven Yeun, Keke Palmer, and Brandon Perea looking up at an ominous, dark blue sky. What they’re staring at has yet to be determined, but based on their expressions, it’s something extraordinarily terrifying.

In the movie, Kaluuya and Palmer play brother and sister James and Jill, who run the only Black-owned horse ranch in Hollywood. Everything seems to be normal until a mysterious presence comes over the strange land, affecting the animals and agitating people. It’s filled with odd imagery, toys, collapsing inflatable men, an owl figure, and it has an overall foreboding atmosphere, and this will be another film from Peele along the lines of Get Out and Us where horror meets social commentary.

There’s not much known about Yeun’s character apart from the fact his name is Brian and he’s probably a rodeo ringleader, and Perea’s Kevin is seen in the trailer at Haywood Ranch staring up at the sky as James and Jill approach him. As far as publicity, Peele has the tendency to adhere to the adage, “Less is more,” surrounding his work with more mystery so audiences go into the movie not knowing very much of anything.

The movie poster has a cloud shown with a tail of flags and the trailer shows there’s something coming from the skies, which has led people to speculate that aliens could be involved. There’s one scene where Jill is running away from something, and she’s pulled into the air by a strong force. Palmer offered vague details about Peele’slatest movie, and as one might have guessed, it creates more questions.