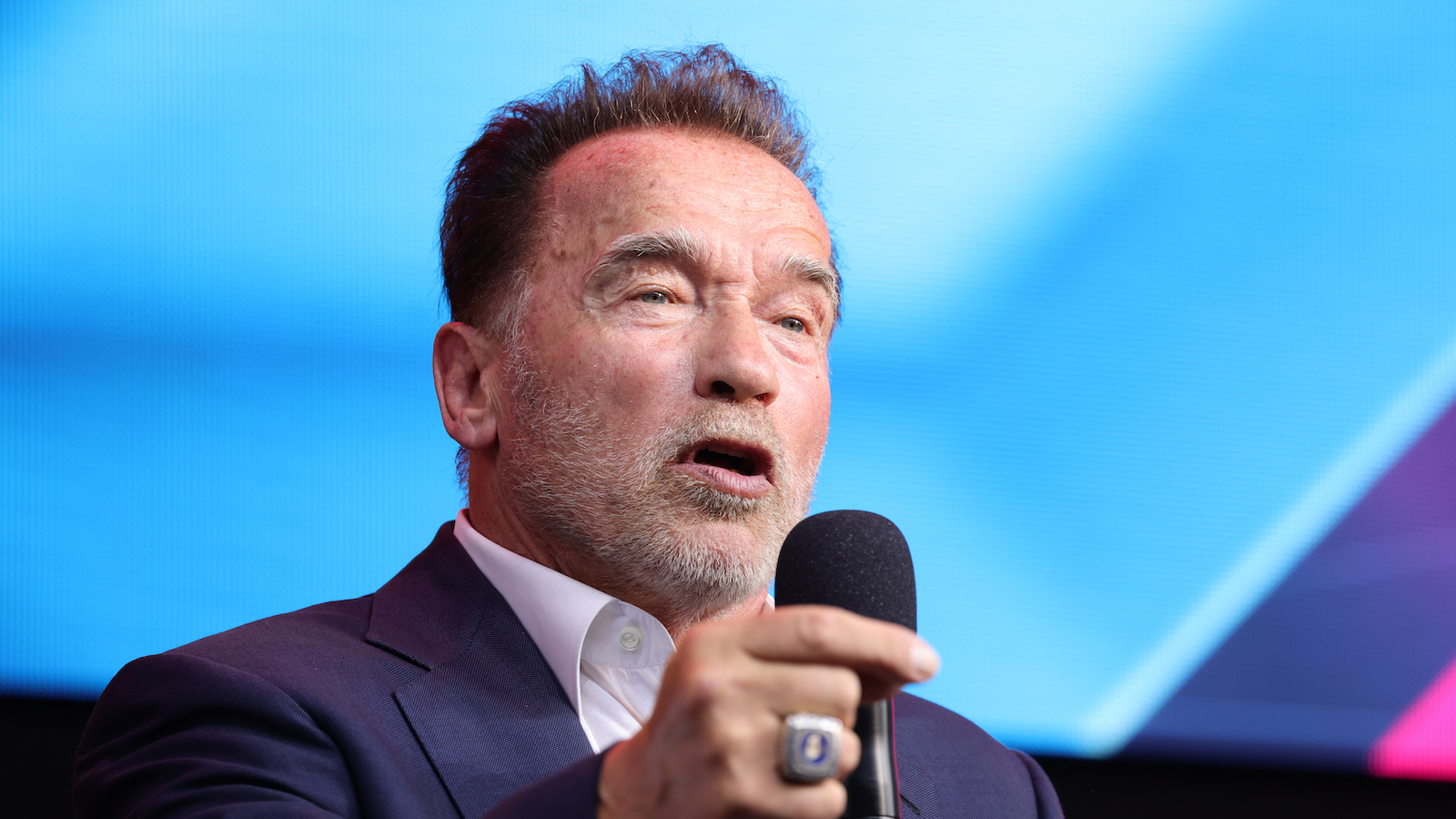 Joseph Baena opened up about his relationship with dad Arnold Schwarzenegger in an appearance on the Unwaxed podcast, hosted by his fellow action star celebrity scions Sophia and Sistine Stallone.

It wasn’t always an easy relationship. “I grew up with my mom, and I was always nervous, and I didn’t want him to think bad of me and be like, ‘What the heck is this guy doing? He’s just partying all the time,'” said the aspiring actor and realtor. “Now it’s like awesome. I’m so close to my dad, and we joke about everything.”

Baena’s mother, Mildred Patricia “Patty” Baena, was a housekeeper in the household the former Califonia governor shared with then-wife Maria Shriver when Joseph was born in 1997. Schwarzenegger told People magazine in 2012 that it took several years for him to find out he was Joseph’s father. When Joseph “started looking like me, that’s when I kind of got it. I put things together.” said the action star.

“I also have to point out that with my relationship with my dad, it took a little while for me and him to get really close and just [feel] like I can joke around with him and talk about anything,” said Baena. However, the two are now enjoying a close relationship. According to Baena, Arnold “always wants to hear about the drama. He’s like, ‘Tell me everything, tell me about the drama, tell me about the girls.'”

Baena, who is also a realtor in the Los Angeles area, has chosen to follow in his famous dad’s footsteps in at least two ways. He is a dedicated bodybuilder and has recently embarked upon an acting career, and has managed to rack up a few credits on IMDB. Don’t look for him to change his name in that pursuit, though.

“I never had the Schwarzenegger name. I think really the thing is that I haven’t focused on changing it,” the young actor explained. “I’m doing my own thing. I haven’t thought of it that much. I have a last name already. I’m already doing so much and succeeding, and moving forward with my goals. That’s the last thing on my mind.”

The lack of a shared name doesn’t seem to be any roadblock to affection, however. Both father and son regularly share photos together on social media, with Schwarzenegger recently posting a set of birthday accolades to Joseph.

Arnold gushed, “Happy birthday Joseph! I am so proud of you and I love you! You are crushing it in the gym, in your real estate career, and in acting, I know this will be another fantastic year.”