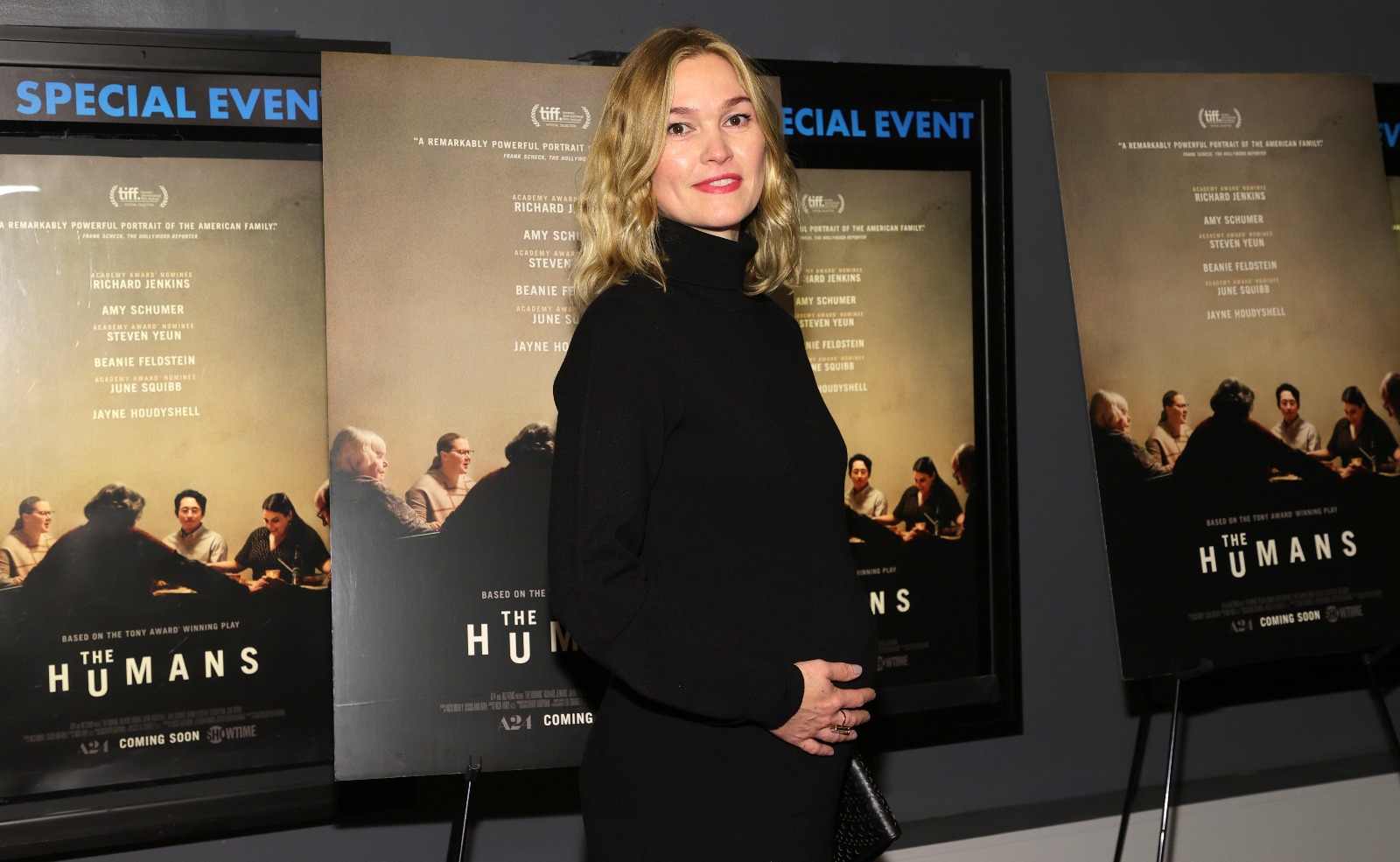 Actress Julia Stiles shared some sweet family news on Jan. 26. The 10 Things I Hate About You star gave birth to a healthy baby boy named Arlo. She broke the news on Instagram.

“The newest addition to our family,” she said in the post, “reminding me how infinite love can be.”

This is Stiles’ second child with husband Preston J. Cook. They have a 4-year-old named Strummer Newcomb. In the post, she also shared a photo of how young Strummer is taking the news.

Stiles, 40, confirmed her pregnancy in November and showed off her baby bump at a screening of The Humans, wearing a black turtleneck dress.

The couple married in September of 2017 when she was still pregnant with Strummer.

“Who doesn’t love a shotgun wedding,” she wrote at the time. Stiles met Cook on the set of a movie, where he was working as a camera assistant. They got engaged on Christmas Eve of 2015 in Colombia. Strummer was born one month after they said their vows.

In an interview with Kelly Ripa, Stiles said the proposal came as a complete surprise.

“We had had a conversation waiting for an elevator one day, where he was randomly like, out of nowhere, ‘With jewelry, you don’t really wear silver or platinum. You’re more into gold’,” she said. “And then I went, ‘What is up with this conversation?’”

The couple named the child after a current trend in boys’ names, according to Today.

“Arlo is one of those names that, like Dexter and Ophelia, owes its popularity to a highly unlikely source: criminal character Arlo Givens in TV’s Justified. The streamlined Arlo started life as a place name, Arlo Hill, in Edmund Spenser’s Faerie Queene in 1590. It’s the Number 1 boys’ name on Nameberry and ranks in the Top 100 in England, Scotland, Australia, and New Zealand.”

The name means “between two hills.”

The actress previously talked about how motherhood affected her as an actor in 2019.

“One of the most remarkable things is that, in many ways, having my attention focused on my son has made me a better actress because I don’t come home every night dwelling on every little scene, every little line, and obsessing over my work,” she told People.

She also said she was able to visit with her son on the set of the drama series Riviera.

“I was really fortunate that on the set of Riviera, he was able to come and visit, mostly at lunchtime because [I was] multitasking and I didn’t want to constantly be leaving him,” she said.

Stiles can next be seen in upcoming TV series The Lake.