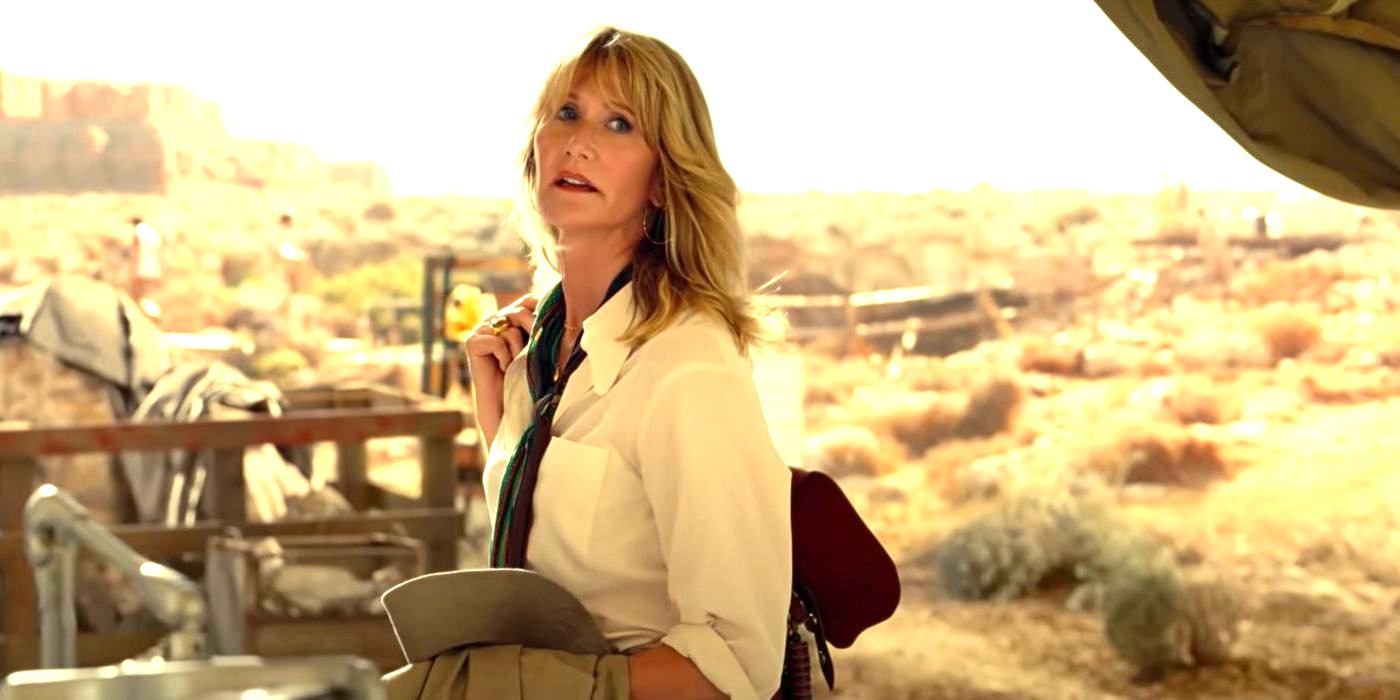 Ellie Sattler didn’t have her own story in the Jurassic Park series, so director Colin Trevorrow gave her one with Jurassic World Dominion.

Trevorrow told IndieWire that he wanted to honor the character, as Ellie was the only member of 1993’s Jurassic Park paleontologist trio who hadn’t been the “engine” of one of the sequels. More importantly, he wanted to give Ellie’s actor, Laura Dern, the respect she deserved.

“I think that the roles they play in this film are a sign of great respect from me, and specifically to Laura Dern, because Laura was never the engine of one of the stories. Sam Neill had Jurassic Park III, where he was the engine, and Jeff Goldblum had The Lost World. I wanted this to be Ellie Sattler’s story.”

He went on to big-up Ellie’s attributes and skills while revealing that Dern helped decide her character’s arc.

“She’s a paleobotanist, which is a very specific job, someone who studies ancient plants and how our knowledge of ecological history can help protect us from extinction. [Jurassic World Dominion] gave us a chance to honor her expertise. That came from just a lot of conversations with her. Emily Carmichael [Dominion‘s co-writer] and I sat down with Laura on many occasions and just listened to how she felt Ellie would’ve changed and evolved over the past couple decades. It really helped drive the story.”

You can see Ellie’s story, which was 29 years in the making, in Jurassic World Dominion when it hits US theaters on June 10.