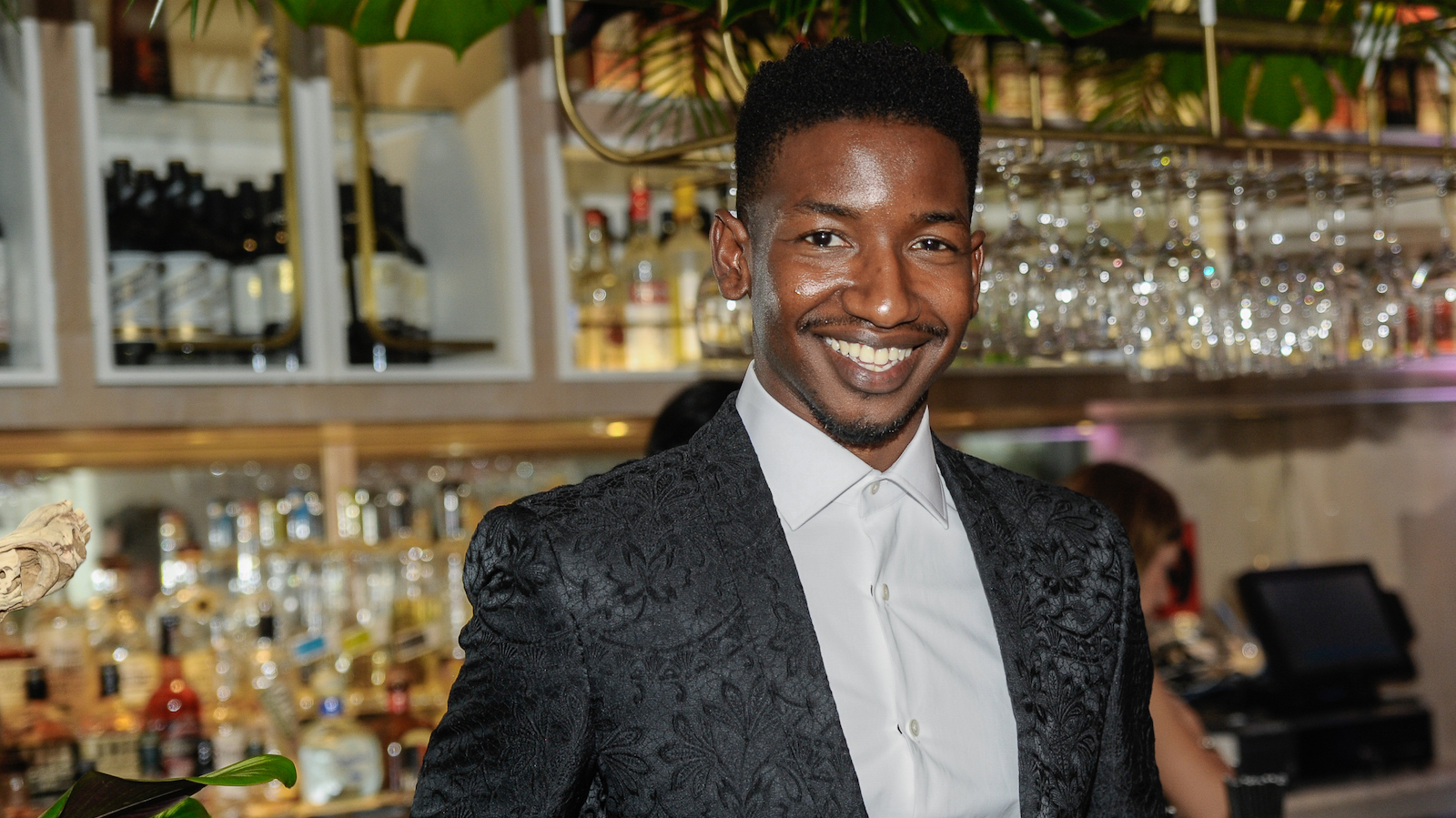 Mamoudou Athie, who appears in the upcoming Jurassic World: Dominion movie will appear in the Amazon Studios movie The Burial.

Emmy nominated Mamoudou Athie will star with marquee actors Jamie Foxx, Tommy Lee Jones, and Jurnee Smollett, according to Deadline. The script is based on a New Yorker article by Jonathan Harr. The story of The Burial involves a funeral home owner in financial trouble who sues a rival over a handshake deal between the two. The owner then hires a flamboyant attorney to handle the case.

Athie is a star on the rise in Hollywood. He received an Emmy nod for Outstanding Actor in a Short Form Comedy or Drama Series for FXX’s Oh Jerome, No, a show he also executive produced. He can be seen in the show Archive 81 on Netflix and in the Jurassic Park movie in theaters on June 10.

He played Grandmaster Flash in Baz Luhrmann’s Netflix series The Get Down and opposite Elizabeth Olsen in Sorry For Your Loss. He previously appeared in the Amazon Studios show Black Box with Phylicia Rashad.

Athie previously told Comingsoon.net that he wanted to appear in Black Box because he always wanted to work with director Emmanuel Osei-Kuffour Jr.

“I just felt a connection with him in terms of what he’s after and also the kind of person he is, so it was a no-brainer,” Athie expressed. “Not to mention the character and the script itself, I had never done anything like it. It was an entirely present process, Emmanuel was so prepared and so generous, much like Prentice [Penny, Uncorked writer/director]. I would say it’s a very different situation, though it was Prentice’s first feature he does show run Insecure, he’s amazing at it, whereas I believe Emmanuel had only shot some shorts prior. It didn’t even feel like a leap of faith, though, when I spoke with him it was one of those things where it was like, ‘Oh yeah, we understand each other and we’re after the same thing, so whatever happens we’re aligned in our goals.’”

He told Screenrant that he was also really excited about Jurassic World: Dominion and that the original held a special place in his heart.

“But the original three I grew up watching – I’m talking about Jeff Goldblum, Laura Dern, and Sam O’Neill – I’m very much looking forward to working with them. Because that movie, the first one, had an indelible impression on my childhood and my life. I was huge into dinosaurs as a kid. I grew up in the DC area and always went to the Museum of Natural History. To be able to do this movie is like a dream come true. And working with the people that helped create the whole thing is amazing.”