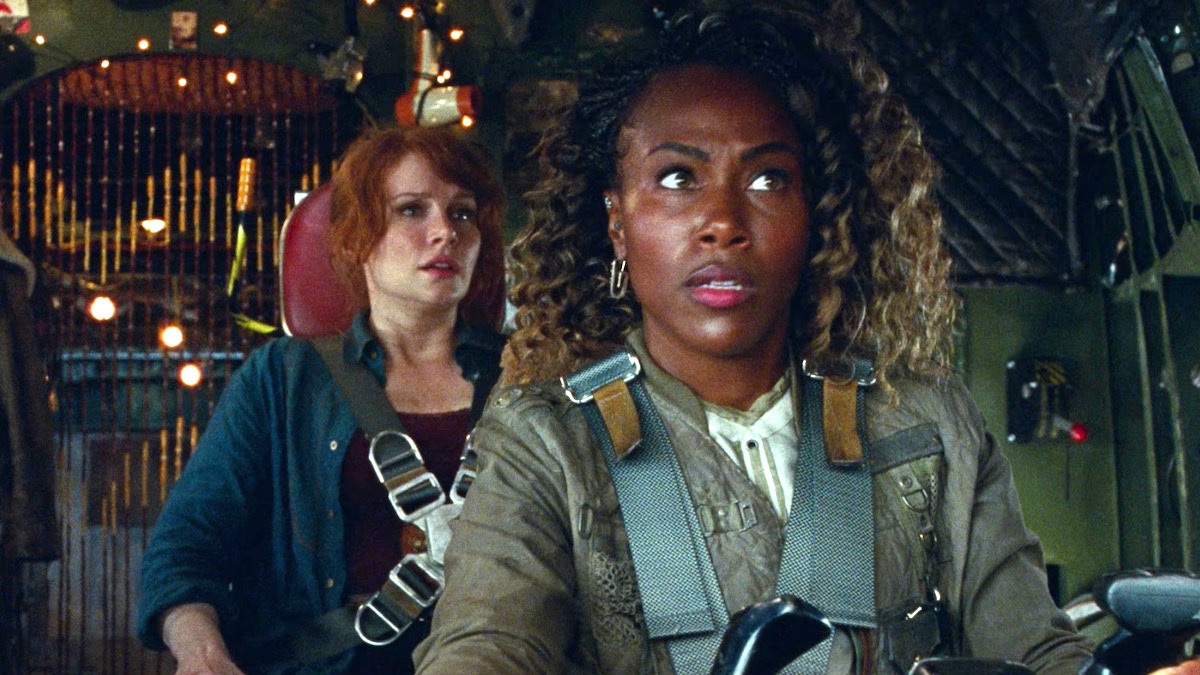 There’s a Wolverine hiding amongst the dinosaurs of Jurassic World Dominion.

DeWanda Wise, who plays pilot Kayla Watts in the last installment of the Jurassic World trilogy, told The Hollywood Reporter that she was inspired by the 2017 R-rated Marvel film Logan.

Logan stars Hugh Jackman in his final outing as his most famous character, Wolverine. Set in 2029, the clawed crusader is no longer the superhero he once was. Aged, decrepit (as much as a nearly-invincible mutant can be), vengeful, and murderous, he’s the very definition of an “imperfect hero,” which is how Wise went on to describe Kayla.

“Something that really moved me deeply with Kayla was this notion of the imperfect hero, of being able to essentially start and serve from where you are, and a homecoming…because in my mind, after this, she’s going home to Detroit. And she’s coming home to the fullness of her integrity.”

Watch Kayla complete her Logan-like arc in Jurassic World Dominion, which is in theaters across the world.