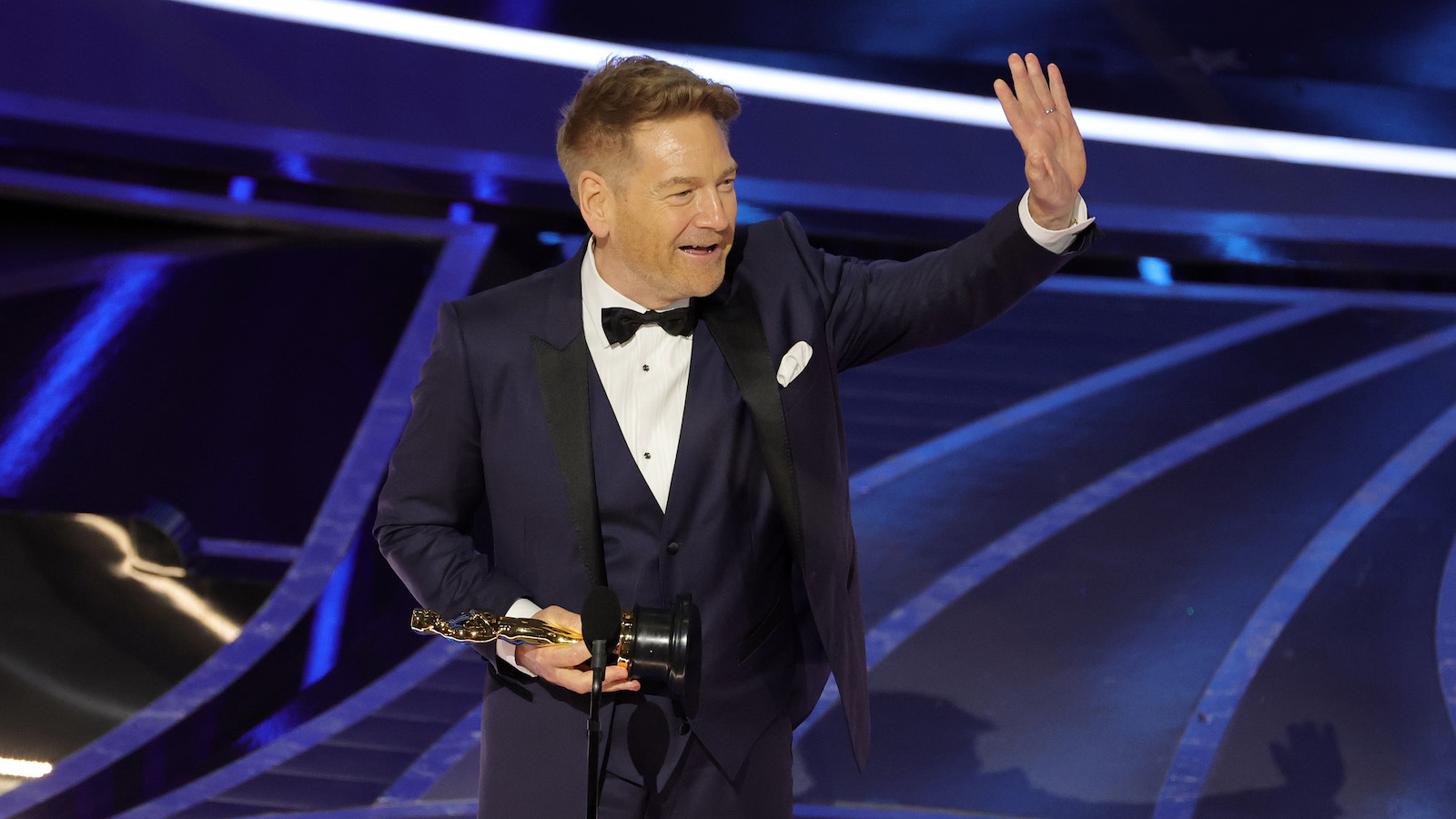 It’s been a long wait for Kenneth Branagh, but the acclaimed actor, director, and producer has finally brought home Oscar gold.

Belfast ⏤ a coming-of-age drama set amidst “The Troubles” in Northern Ireland in the late 1960s ⏤ is Branagh’s first Oscar win and his first time being nominated in the Best Original Screenplay category. He’s been nominated five times prior to his three nods for Belfast, notably for his acclaimed adaptations of Shakespeare’s Henry V and Hamlet. He was nominated for Best Actor and Best Director for the former film and received a nomination for Best Adapted Screenplay for the latter.

In his speech, Branagh honored Northern Ireland and the city of Belfast in particular. “We will never forget all of those lost in the heartbreaking, heartwarming, human story of that amazing city of Belfast on the fabulous island of Ireland,” Branagh said, alluding to the city’s difficulties between Protestant and Catholic factions during the 1960s and ’70s that provided some of the major conflicts of his bildungsroman.

Belfast was in some ways inspired by Branagh’s own childhood and family history, as the actor was born into a working-class Protestant family in the city in 1960 much like the protagonist in the film. “This is an enormous tribute to my family,” Branagh stated in his acceptance speech.