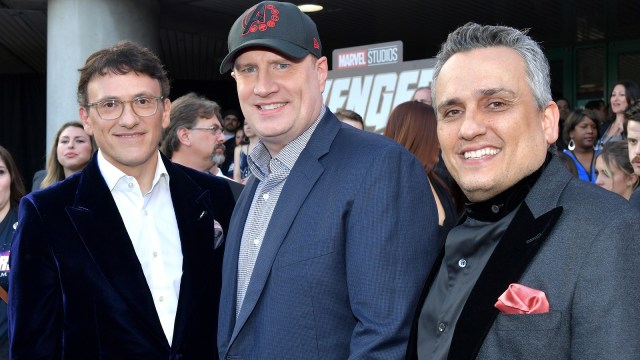 Just because you fully expect something to happen, that doesn’t make it any less exciting when it does actually come to fruition, a sentiment that definitely applies to the announcement of the Marvel Cinematic Universe’s Avengers: Secret Wars.

The majority of franchise fans were fully expecting the iconic comic book storyline to be the next epic crossover, but it’s come with an intriguing slice of irony revolving around Joe and Anthony Russo. The MCU veterans have always been adamant that Secret Wars is their favorite arc, and it would be one of the only things to tempt them back into Kevin Feige’s bosom.

The directorial duo have been on the press circuit for Netflix’s The Gray Man, where they’ve been answering questions on Secret Wars every other day. The project was finally announced last night at San Diego Comic-Con, so a lot of folks were naturally set to put two and two together… until Feige told Deadline that the Russos have nothing to do with it.

“They’re not connected to it. They’ve been very direct about that. We love them, they love us. We want to find something to do together, it’s not this.”

Presumably, the Captain America: The Winter Soldier, Captain America: Civil War, Avengers: Infinity War, and Avengers: Endgame directors would have been given a heads up or courtesy call given that Feige was poised to announce their dream superhero movie without them, but once they clear their stacked schedules, the Russo brothers may yet return to the MCU.