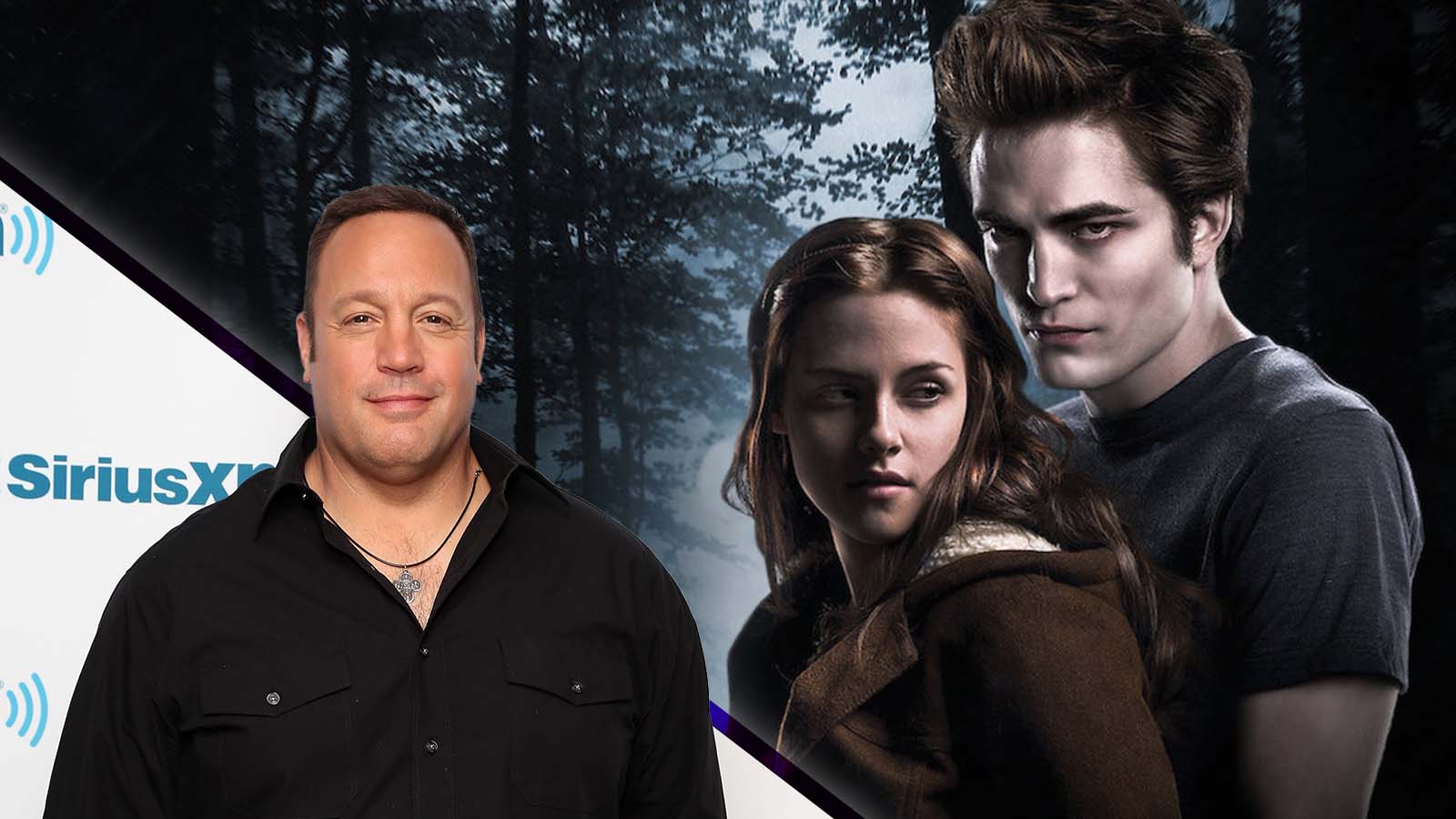 Comedian Kevin James is best known for his roles in films like Paul Blart: Mall Cop, I Now Pronounce You Chuck and Larry, Grown-Ups, and Zookeeper. He’s also had stints in hilarious sitcoms like The King of Queens and Kevin Can Wait. James is as hilarious as he is kind, and he’s also got a not-so-secret affinity for a movie about vampires and werewolves.

In a recent chat with ScreenRant about Home Team, James’ upcoming film with Taylor Lautner, the Twilight saga was brought into the conversation. As we all know, Lautner played Jacob Black in the Twilight films and was straight-up swoon-worthy. If you remember the days when Twilight was the talk of the town, then you likely recall lines being drawn in the sand over whether you were Team Edward or Team Jacob, not to mention all the T-shirts, hoodies, and jewelry worn to illustrate which side you were on.

We’ve all grown up since then, but our love for Twilight hasn’t ended and we’ve still got our teams. Lautner mentioned the Twi-Moms in the interview — the group of Twilight fans who aren’t teenagers anymore but who are still devoted fans. While many of us have become Twi-Moms ourselves, Lautner wonders about the Twi-Dads ⏤ the guys who pop their popcorn and sit down to watch Bella, Edward, and Jacob’s journey.

Lautner: So Twi-moms, they’re a big group. Twi-moms are some of our most passionate fans and we were saying that KJ should start the Twi-DADs.
James: Yes. Can I do that?
Lautner: Yeah, you can be like the President of them.
James: I’m officially doing that right now. I’m not even kidding. I am officially now putting it down and we are going to work on it.

With Lautner and James on the case, we imagine it won’t be long now until the Twi-Dads reign supreme in the fandom, and we’re expecting a new roll-out of merchandise to go along with it. You can catch Lautner and James in Home Team on Netflix now.