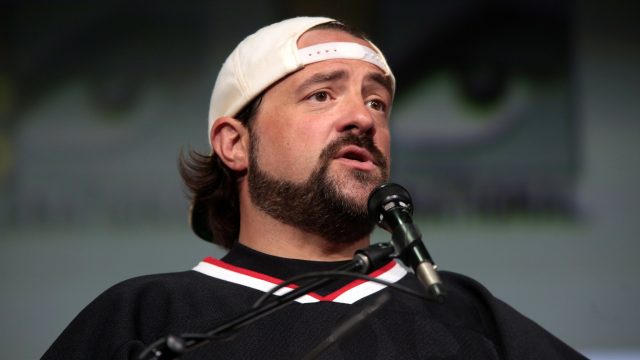 Kevin Smith has a new take on the seemingly unending Marvel/Martin Scorsese conflict.

In 2019, Scorsese launched one of the biggest contemporary cinematic debates by admitting that he doesn’t watch MCU movies because they’re “not cinema” and are more akin to “theme parks.”

After more blowback than even the 60-year filmmaking vet probably could have anticipated, Scorsese clarified his position in a New York Times op-ed, reframing his dislike for the MCU around his frustration for formulaic franchise movies pushing out indie pictures from visionary artists.

Earlier this week, Smith, who occupies a pertinent position as an old-school filmmaker with grade-school interests, spoke to Forbes entertainment writer Scott King about the uselessness of asking a 79-year-old auteur like Scorsese about comic book movies.

“In our very tribal culture, somebody like Martin Scorsese referring to comic book movies as amusement parks and theme park rides gets a bunch of people who have made comic book movies their lives for the last 10 years very unhappy . . . You’re asking a guy who made Goodfellas what he thinks about Spider-Man, what do you think you’re going to get? He’s a very serious filmmaker, and he’s a man who’s of a certain age and stuck in his ways. You should not be surprised that’s his response.”

He also lamented the difficulty of MCU fans and non-fans co-existing in the same cinematic space:

“It doesn’t take away from your enjoyment of the thing. Guess what? For every old filmmaker who’s like, ‘I don’t get it,’ there’s a bunch of young filmmakers who are like, ‘I get it and I want to do it.’ We don’t have to ostracize the people that maybe don’t get or aren’t into the same movies we are.”

Of course, not learning anything from Smith’s conciliatory words, both sides came out swinging.

Thankfully, a few people got the message.

Can both sides live in harmony like Smith wants, or will the MCU bring an end to the visionary side of movie making like Scorsese believes? Or is this a necessary dialectic that will continue in perpetuity? Whatever the answer, the debate is far from over.