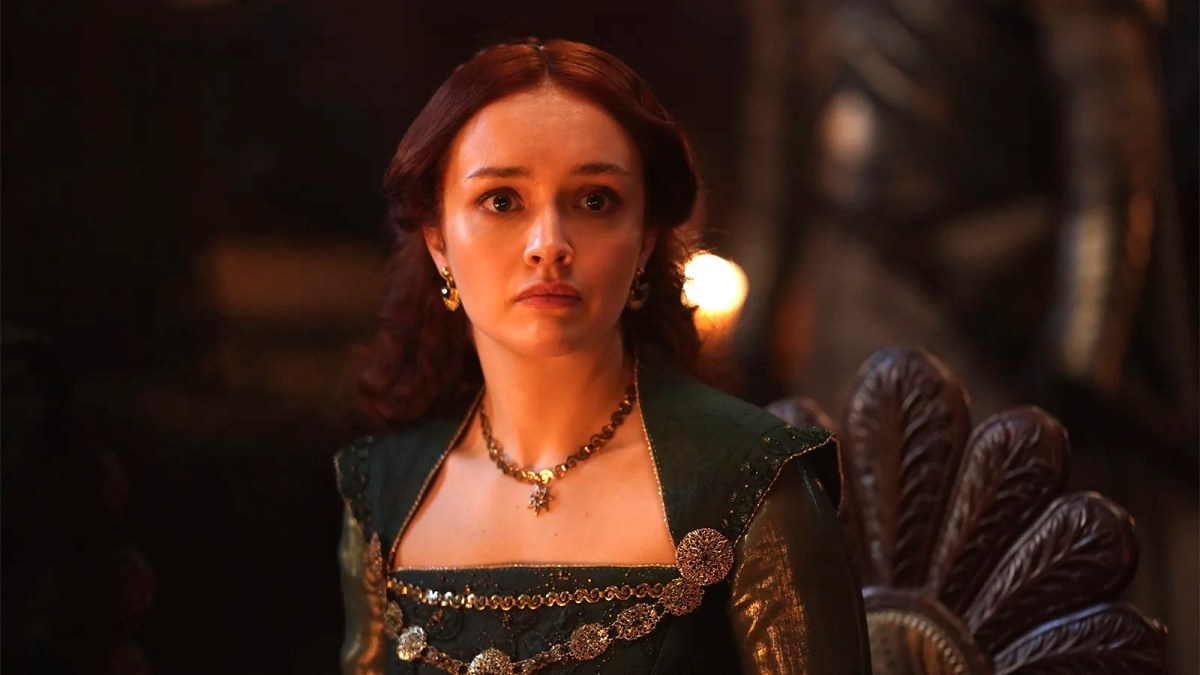 With Henry Cavill departing The Witcher and reports that the writer team actively mocks the source material, it’s no wonder Netflix is trying to do some damage control by having the showrunner Lauren S. Hissrich address these rumors head-on. As for how far we’ll believe her, especially with all the criticisms aimed at the story’s second season for deviating from the books, well, that’s something the fandom ought to ponder on its own.

Meanwhile, this weekend saw the first official Game of Thrones convention in Los Angeles, where many Westerosi stars appeared to celebrate the success of George R.R. Martin’s fictional world with its most diehard fans. At one point, Matthew Needham commented on that traumatizing scene between Larys Strong and Queen Alicent, while Paddy Considine discussed how he prepared for the king’s death.

The Witcher writers don’t hate the books, but you shouldn’t take our word for it

By now, most Witcher fans have chosen to believe that Netflix scared Henry Cavill off because they weren’t willing to remain faithful to the books, a story he adores with all his heart. That added to the report claiming the writer’s room actively mocks the books for their content, and you can imagine what most folks are feeling towards Lauren S. Hissrich and her team. Well, despite all the scuttlebutt, the showrunner has decided to set things straight.

Taking to Instagram, here’s what Hissrich had to say in reply to a comment. “I’ve never mocked the books,” she wrote. “The books are my entire livelihood. I have a great relationship with Mr. Sapkowski, and the writer’s rooms are sacred and safe and, more than anything, supportive spaces. Don’t believe everything you read.”

Paddy Considine is probably the best actor to ever grace Game of Thrones in live-action, and his portrayal of Viserys Targaryen will forever live in our minds, brief as it was, just like we remember Ned Stark from the first season of the original show. Considine didn’t portray Viserys. He essentially became Viserys.

Now, in a recent appearance for the Game of Thrones festival in Los Angeles (per ComicBook), the actor revealed how he prepared for the king’s death. “I made it up in my own mind that when he dies he sees Aemma because her death is the spiral. That’s his downfall really. He never gets over that death, which was kind of misunderstood I think by people early on. I think they thought I killed my wife, but that wasn’t the case. They were both going to die.”

House of the Dragon star addresses that foot fetish sequence, and somehow makes it even worse

Larys is positively creepy whenever he’s on the screen, but that took on a whole different meaning when he blackmailed Queen Alicent into exposing herself, or rather, her feet, so that the Strong heir could charm the snake, as it were, right in front of her. There are a hundred reasons, psychological and otherwise, to be creeped out over that scene. Still, Matthew Needham has just given us one more by explaining the power dynamic between his character and the good queen.

“I don’t think it’s a foot fetish like we understand in 2022. I think it’s weirder than that,” he explained at the convention. “It’s not just about a man with a clubfoot being attracted to feet. It’s that he can make her do it. This is a very disturbed person with a lot of trauma. It’s about making her feel as much shame as she does for that part of her body as he does for his.”

“He can cut out tongues and he can cut out eyes. I think he likes that,” he continued. “I think he likes making people incomplete. He can’t do that with her. He can, though, associate that part of her body with a trauma so that long after he’s gone, she’s got this sick feeling about it that’s connected to that. That’s the thing about assault like that: It makes the victim’s body the scene of the crime, and I think that’s what he likes to do. So I don’t see it like he loves feet. It’s the fact that she’s not into it and he can make her do it.”

That’s very insightful of Needham, but we just wish it didn’t make us feel sick to our stomach, as well.