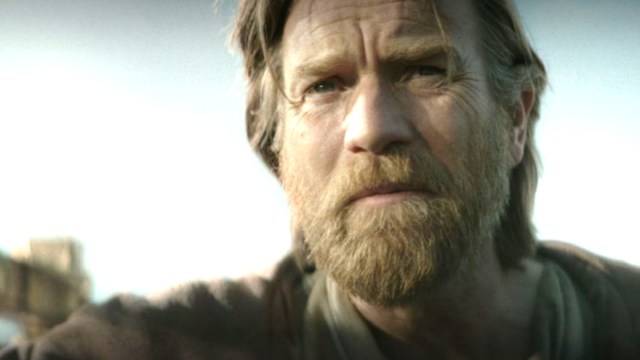 Obi-Wan Kenobi seems destined to go down in history as a missed opportunity. The storytelling felt repetitive, it had plotholes big enough to drive a Star Destroyer through, and overall felt quite rushed. However, it looks even worse now that we can compare it to Andor, which is fast becoming the textbook example of how to do a live-action Star Wars TV show.

Today we have some insights as to why that might be from an Obi-Wan Kenobi writer, the official confirmation of The Acolyte cast, a reminder from Andy Serkis about why Andor is so great, and a quick update on Ahsoka Tano’s animated future. Let’s get stuck in:

‘The Acolyte’ cast has been confirmed

After weeks of rumors, we finally have the confirmation of The Acolyte cast. Check it out:

It’s a great line-up and we’re particularly excited to see Squid Game‘s Lee Jung-Jae and The Matrix‘s Carrie-Anne Moss entering the franchise. We also have a new synopsis, revealing that the concept is “A former Padawan reunites with her Jedi Master to investigate a series of crimes, but the forces they confront are more sinister than they ever anticipated.”

The Acolyte has just begun shooting in the U.K., so watch this space for more news soon.

Andy Serkis is currently killing it in Andor as conflicted prisoner/foreman Kino Loy, who now seems to be onboard with Cassian Andor’s escape plans. This isn’t Serkis’ first jaunt into a galaxy far, far away though, as he provided the voice and performance capture for Supreme Leader Snoke in The Force Awakens and The Last Jedi.

Serkis seems savvy to the way fan theories work and anticipated that many would assume that Kino Loy is somehow linked to Snoke. He’s right, as many half-joking/half-serious theories have cropped up that the Andor character might get zapped and disfigured by the electric floors, discover Force sensitivity and go on to become a powerful space wizard.

Now he’s nipped that in the bud, saying to the “Jake’s Takes” YouTube channel:

“I was very concerned for the fans, their rumor mills, the Snoke theories would start flooding in and people would be sort of starting to piece together, ‘Well, is Kino Loy related to Snoke?’ And I have to tell you, he’s not! And let’s just put that to bed, and everyone can just not have to go that route.”

Serkis explained that he sees the two characters as so different that he felt there’d be no way audiences would get the two confused. “Snoke is distant enough in terms of his appearance, his being, whatever he represents. This is the opposite end of the spectrum; this is a human character. He has a very strong grounding in [his environment].”

Along the way hinted that he might be quite done with Snoke. “I don’t think we’ve seen enough Snoke, I think people would love to see more Snoke, and really infill the lore behind Snoke, because I think there’s so much fertile ground that has yet to be covered.”

So Disney, when are we getting our Snoke prequel show?

From the start, Obi-Wan Kenobi had to deal with the fact that any encounter between Obi-Wan and Darth Vader between Revenge of the Sith and A New Hope directly contradicts the latter movie. There Darth Vader says, “When I left you I was but the learner, now I am the master.” The Disney Plus show just about squared this circle and didn’t need to retcon anything, but now Andrew Stanton, who co-wrote the final two episodes, has revealed that telling a story that didn’t retcon anything was “frustrating”:

Speaking with Gizmodo, he said:

“That was the blessing and the curse of it. It’s like one, you’re geeking out that you get to type, ‘Vader says’ this and ‘Kenobi says’ that. You pause and say, ‘I can’t believe I’m actually getting paid to type this. I can’t believe these words may be said.’ But then another part of you, it has to go through such a rigorous like, ‘Does that fit the canon?’ And I feel like it’s bittersweet. [The reason that happens is] because people care, but it also kind of doesn’t allow, sometimes, things to venture beyond where maybe they should to tell a better story. So it can sometimes really handicap what I think are better narrative options.”

Stanton went on to talk about the differences between Obi-Wan Kenobi and Andor, underlining that Andor can tell whatever kind of story it wants as it’s working with more original characters with less-defined backstories:

“I was frustrated sometimes—not a lot—but I just felt it wasn’t as conducive to [the story]. I love it when something like Andor is in a safe spot. And it can just do whatever the heck it wants. But I felt, you know, Joby [Harold, Obi-Wan Kenobi co-writer and executive producer], to his credit, kept the torch alive and kept trying to thread the needle so that the story wouldn’t suffer but it would please all the people that were trying to keep it in the canon. But I got some moments in there that I’m very happy with.”

Obi-Wan Kenobi is likely to go down as a missed opportunity for Star Wars. It was great to see Ewan McGregor and Hayden Christensen squaring off one more time, with their final duel so good it almost made up for the show’s flaws. Still, we can’t help but feel like corners were cut during production, and what should have been Disney Plus’ flagship Star Wars show is now something of an also-ran.

Ashley Eckstein teases the future of the animated Ahsoka Tano

Though a fan-favorite after her central roles in The Clone Wars and Rebels, it was only when Ahsoka Tano made her live-action debut in The Mandalorian that regular audiences sat up and took note. Rosario Dawson will soon be reprising the role for Ahsoka in 2023 on Disney Plus, so expect Snips to become a household name soon after that.

Just because Ahsoka’s going on to live-action fame doesn’t mean she’s leaving animation entirely. Her voice actor, Ashley Eckstein, has discussed Ahsoka’s future in an interview with Comicbook.com, confirming that she’s not going to be replaced anytime soon but won’t appear in The Bad Batch‘s upcoming second season:

Where could we see her next?

“Oh, gosh, I leave the writing to Dave and his writing staff, because they always just write the most incredible stories. So I don’t have any specific story ideas. However, that chunk of time between Clone Wars and Rebels, that’s a huge, huge chunk of time. A lot happened there. I mean, look what we were able to do in just two and a half years of The Clone Wars. There’s like, what, 15 years in between Clone Wars and Rebels? There’s a lot to explore there. I would love to continue, if I ever had the chance, to explore that timeframe.”

Eckstein was great in the recent Tales of the Jedi, so we’re hoping she won’t be away from the animated Star Wars shows for too long. We’d be particularly interested in stories set during the original trilogy, as we know she was aiding the Rebels and engaged in a spiritual journey on the planet Malachor. We’ll likely get some more clues as to her original trilogy movements during the Ahsoka live-action show, as the character has more than earned her place in the top tier of Star Wars characters.