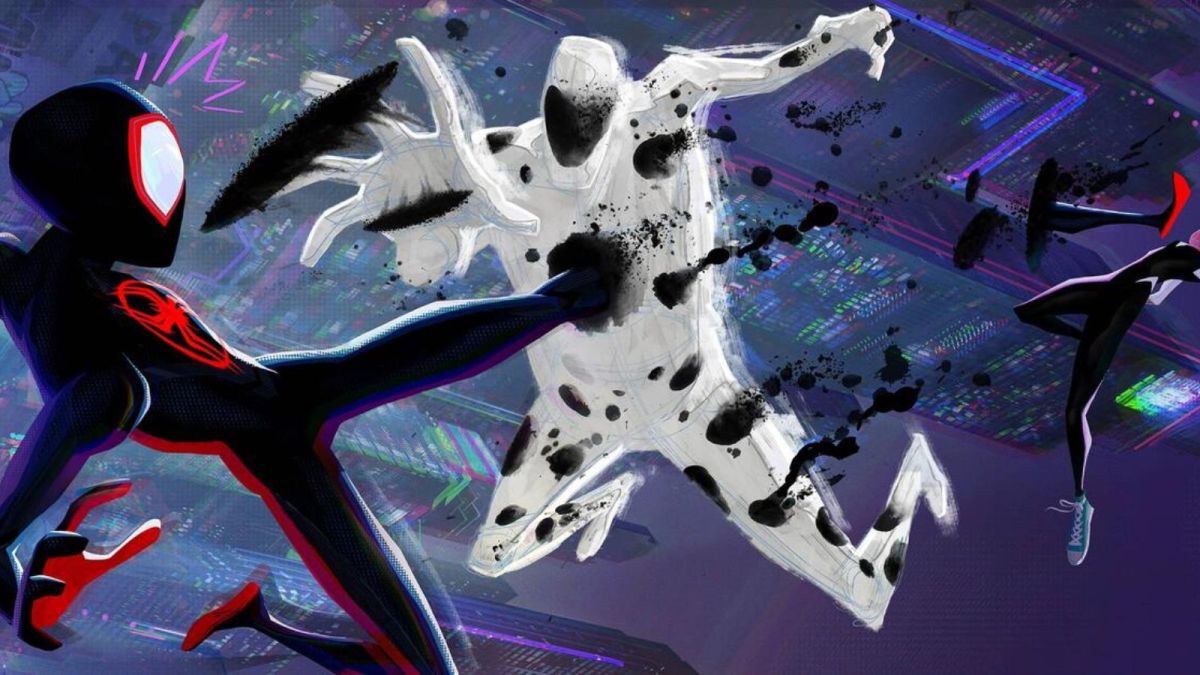 If you’ve already seen the teaser trailer for the upcoming Sony Marvel animated Spider-Man: Across the Spider-Verse, you probably think you know who the movie’s main baddie is. With his massive build, razor-sharp claws, and literally toxic bite, Miguel O’Hara aka Spider-Man 2099 is already leaving a swath of destruction behind him in the trailer and appears to be at odds with Miles and Gwen from the start. But looks can be deceiving.

“He’s not the villain of the movie, but he’s sort of an antagonist to Miles because they both think that what they’re doing is the right thing,” teases writer Christopher Miller in a recent Entertainment Weekly interview. The O’Hara character, played by Oscar Isaac, has already made a cameo in Into the Spider-Verse, the first installment of the franchise, and Miller and his writing partner Phil Lord say that while the two share similar power sets, Miles and Miguel have drastically different ways of dealing with the multiverse — but Lord and Miller state the movie’s real villain is much more sinister.

The real baddie of the film will be The Spot aka Dr. Jonathan Ohnn, a regular Spidey baddy since 1984. The Spot, voiced by art house regular Jason Schwartzman can create dark hole “space warps” that allow him to create portals to different realities. He can even punch and kick his opponents through the spots, often at unexpected and surprising angles. While the spot may not make the A-list of Spider-Man villains such as Doctor Octopus, The Green Goblin, or Venom, Lord and Miller believed the character’s look and combat style made him perfect for an animated universe. And his silly look makes him that much more believable according to the creators.

“I like the villains best when they reflect the journeys of the hero — sort of a dark mirror of the protagonist,” Lord tells EW. “And I think Spot’s no different. He wants to be seen as legitimate. He’s a character that has a silly costume and is not always seen as the top tier of Spider-Man foes, but like all of us, he wants to be taken seriously.”

Spider-Man: Across the Spider-Verse is currently slated for release on Jun. 2, 2023.