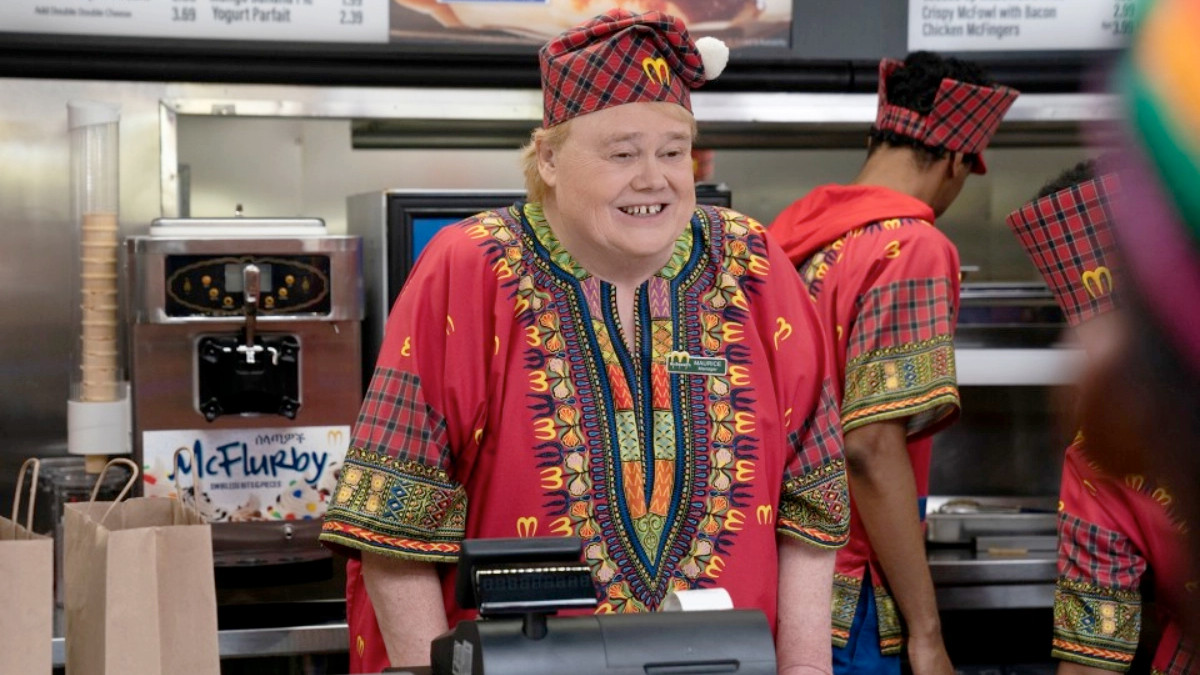 Fans are remembering Louie Anderson in the wake of the beloved comedian’s untimely passing as well as the many roles that defined his career. You’d be hard-pressed to find a role more iconic than Maurice, the knockoff McDonald’s employee Anderson played in the 1988 Eddie Murphy and Arsenio Hall comedy Coming to America.

Over 30 years later, he reprised the role in the 2021 sequel Coming 2 America. During a joint appearance on Jimmy Kimmel Live in early March, Murphy and Hall were asked how Anderson came to be a part of the first film and revealed the fortuitous reason for his casting.

“Yeah, Paramount was like — cuz the whole cast was Black, and this was back in the, you know, the ’80s,” Murphy added. “So it was like, ‘We have to have a white person! There has to be a white person in the movie.’ What? So it was, ‘Who’s the funniest white guy around?’ And Louie, we knew, we was cool with him. So that’s how Louie got in the movie.”

“It was official,” Hall added. “They gave me a list with three white guys, and they said, ‘Who would you rather work with?’ And I pointed to Louie.”

Apparently, this was also news to Anderson, who caught Murphy relaying the anecdote to Al Roker on Today a few days prior. “What, what?” he tweeted.

Well, heck. As far as white people go, we can probably all agree that you can certainly do a lot worse than Louie Anderson. He will be sorely missed.