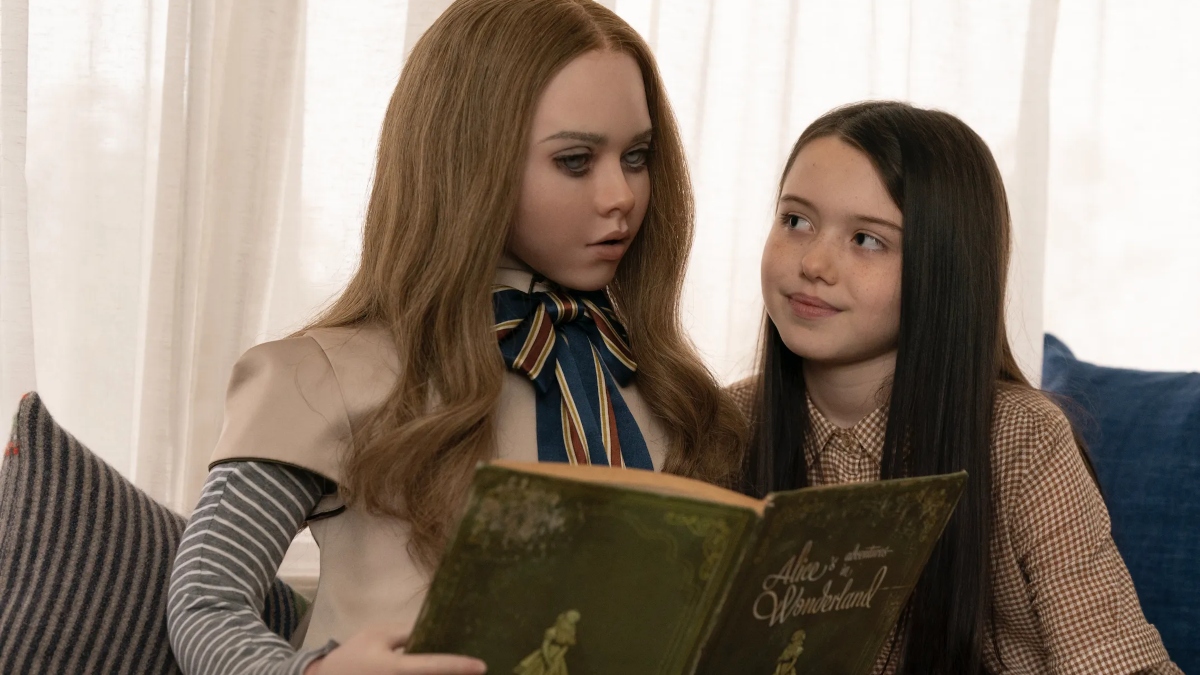 M3GAN has officially landed in theaters and the Blumhouse vehicle has been generating buzz for weeks. In fact, the amount of hype surrounding Gerard Johnstone’s killer-doll flick is reminiscent of the days prior to Jordan Peele’s Get Out making its theatrical debut, where movie-goers and horror fanatics alike were crowding the ticket booths, hoping to get their hands on an opening night slot. We all know Get Out earned several nominations for various award ceremonies, managing to score an Academy Award for Best Original Screenplay for Peele at the 90th Academy Awards, and additional nominations for Best Picture, Best Director, and Best Actor (Kaluuya). Get Out has often been cited as one of the best horror films of the 21st century and the 2010s alike, propelling Peele’s filmmaking career to new heights.

It seems that M3GAN might be replicating that one-way ticket to fame as the reviews come pouring in less than 24 hours after its release. Although M3GAN opened to the States on January 6, it was unveiled a whole month earlier in Los Angeles on December 7, which could be the source of some of these month-old reviews. Either way, Get Out sits at 98% on the Tomatometer with an audience score of 86%, whereas right now, M3GAN isn’t too far behind on its opening day with a comfortable 95% and a 78% audience score. On Rotten Tomatoes’ definitive ranking of all Blumhouse horror productions, Get Out (unsurprisingly) sits at number one, but quite literally stunning everyone, newbie M3GAN has swooped in to steal second place.

Below M3GAN are Blumhouse’s still incredible but less revolutionary horrors, including Cam, Hush, Sweetheart, The Invisible Man, The Vigil, Nanny, etc. At the bottom of the barrel, we have The Gallows Act II, The Darkness, Ouija, Fantasy Island, Martyrs, Firestarter, and many more utter failures. Did you know that Blumhouse is involved — in one way or another — with over 90 films? If you didn’t, you do now.

M3GAN follows Gemma, a roboticist who creates a life-like android to befriend and protect her niece, Cady. Although Gemma is at first grateful for M3GAN and astounded by her own genius, things take a dark turn when the doll becomes self-aware and over-protective of Cady, which leads to disastrous consequences. Gerard Johnstone directs with Jason Blum and James Wan (Saw) co-producing, while the cast is comprised of Get Out‘s Allison Williams, Doctor Sleep‘s Violet McGraw, and introduces Amie Donald as M3GAN (Jenna Davis provides the voice of M3GAN).

Blumhouse’s next venture — releasing July 7, 2023 — will be Insidious: Fear the Dark. Meanwhile, M3GAN is showing in theaters right now, so go and make a new forever friend.