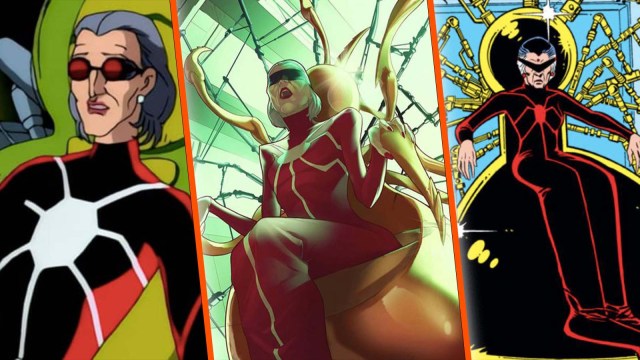 Starring Dakota Johnson in the title role as Madame Web, it looks like a haunt of Peter Parker’s from the comic books is set to debut in live-action for the 2023 film. 4 Star Diner was introduced in Amazing Spider-Man #30 in 2001, and has been seen in precisely one comic book.

New set photos from @NancyWheelhouse has revealed it being a set fully made for the film, as the user’s photos noted construction still happening.

Madame Web has caused plenty of speculation online, with Johnson the only cast member with a confirmed named role so far. Joining her is Euphoria star Sydney Sweeney, Celeste O’Connor, and Adam Scott in a mystery role. Scott is widely expected to play Uncle Ben, making him the youngest to play the role in live-action by a considerable margin.

It also ponders when exactly the film will be set. The diner has the fascia that was in style in the 1950s, and looks like it could be straight out of the era. The Spider-Man films to date have not covered any events outside of the 1990s, with The Amazing Spider-Man films depicting Peter’s parents death at some point in the late 1990s or early 2000s.

Madame Web is part of a slew of upcoming projects from the studio that brought you Morbius, including Kraven the Hunter, a Venom threequel, and El Muerto film with Bad Bunny. Madame Web is due in cinemas Oct. 2023.