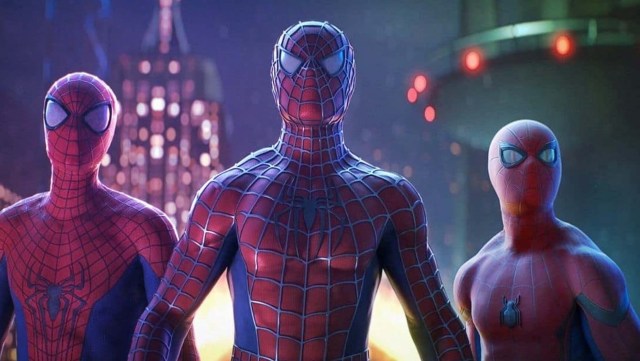 Announced at San Diego Comic-Con to the joy of fans, Avengers: Secret Wars is still a good three years away, but fans already know exactly what they want Peter Parker’s Spider-Man to be wearing in the upcoming blockbuster.

In what will be an adaptation of the comic book event of the same name (either the original 1980s run or the 2010s), Secret Wars will be another Infinity War-esque massive crossover with many small interconnecting parts featuring the entire assortment of the Marvel Cinematic Universe.

One of those many moving parts is the Webhead himself: Spider-Man. He’s recently just seen his MCU trilogy finish with the multiversal offering that was Spider-Man: No Way Home, and fans know the next step for the character: the symbiote suit from the comics.

The symbiote suit was first introduced in 1984’s Secret Wars #8, with it emblazoned on the front cover in all of its stark dark glory. It’s only appeared in one film to date, with Tobey Maguire’s Spider-Man having a rather unpleasant experience with the black blob suit in Spider-Man 3.

The symbiote enhances what is already strong, meaning that for a regular Spider-Man, they become very very powerful. If it went to someone like bodybuilder Eddie Brock (as it often does in the comics), they’d become absolute beasts with power. The last team-up movie Tom Holland’s Spider-Man was in Infinity War, saw him wear the Iron Spider suit, which was later destroyed during No Way Home.

There’s plenty of things that’ll be requested ahead of Avengers 6, and with the finale of the multiverse saga, you’d have to think Tobey Maguire and Andrew Garfield could be on their way back.