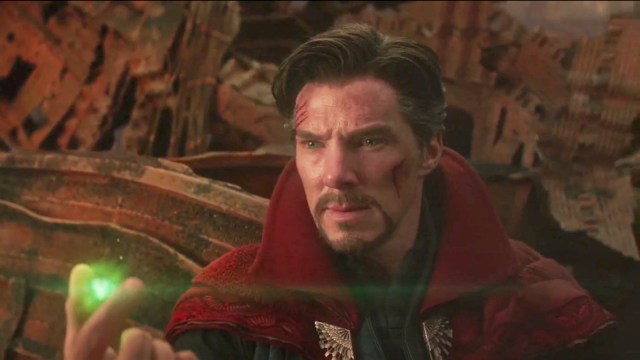 Avengers: Endgame wasn’t the endgame, after all. The MCU’s Phase Six, and the newly christened Multiverse Saga as a whole, will officially conclude with a two-part event that’ll see Earth’s Mightiest Heroes battle Kang the Conqueror — May 2025 delivers Avengers: The Kang Dynasty before Avengers: Secret Wars follows that November. Those films might be a ways off, but fans are already hoping they’ll feature Doctor Strange doing his thing again.

In one of Avengers: Infinity War‘s most meme-able moments, Benedict Cumberbatch’s superhero sorcerer previewed the next movie’s title by saying, “we’re in the Endgame now.” With the Avengers 5 and 6 news, folks are keeping their fingers crossed this will become a running gag. “Can’t wait for this amazing line,” Redditor u/Efficient-Owl9877 joked, referring to a mock-up of Strange saying “We’re in the Secret Wars now.”

Naturally, the people of the r/MarvelStudios subreddit took this as a challenge to try and crowbar every upcoming MCU project into a line of dialogue, the more awkward the better.

Is this your Black Panther 2: Wakanda Forever?

Well, they are Marvel’s Suicide Squad.

We need Don Cheadle to say this now.

You’d think fans would be more interested to see Strange unleash the full might of his mystical powers on Kang, especially now that he’s got himself a funky third eye, but apparently folks mostly just want him to appear in Kang Dynasty and Secret Wars, so he can deliver another “He said the thing!” moment, and we can all point at the screen like Leonardo DiCaprio.