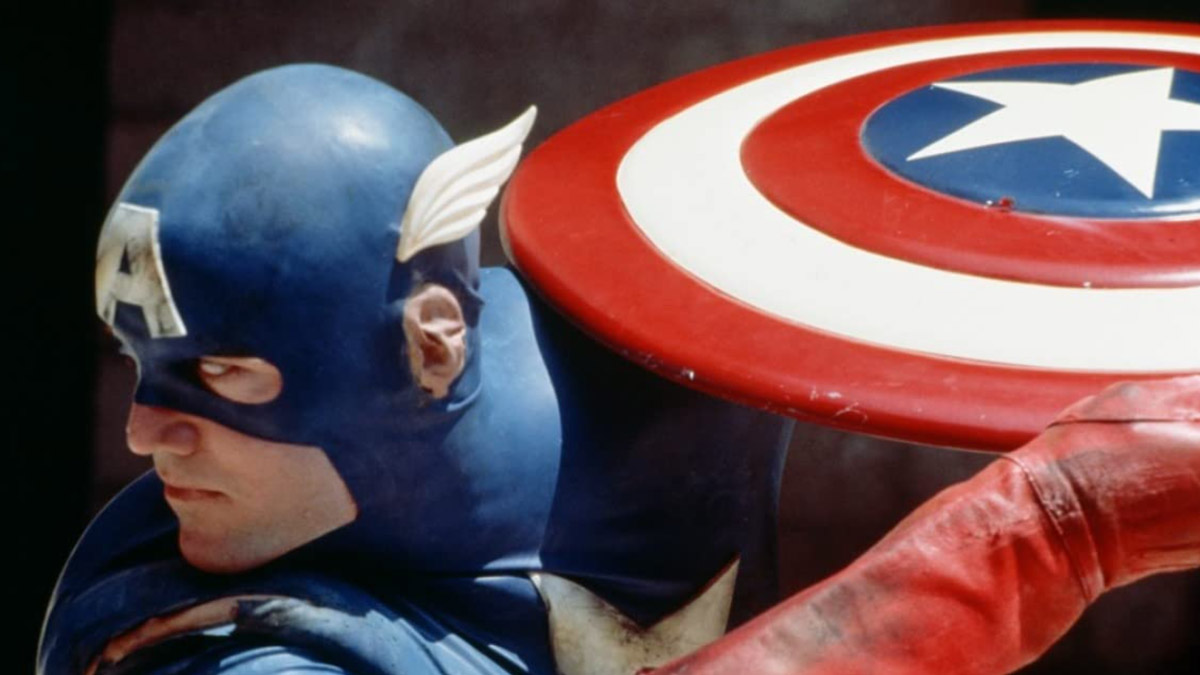 Phase 4 of the Marvel Cinematic Universe (MCU) has given us a glimpse at the extraordinary and unlimited potential of the Multiverse, but what about a universe where Marvel superheroes battled evil and injustice without CGI? How about a Multiverse where Doctor Strange exchanged the Eye of Agamotto and a sharp goatee for a string of ’70s medallions and a brooding mustache?

There’s a whole universe of variants out there—the original live-action heroes of the Marvel Universe. Expect low budgets, as Marvel made its first tentative steps onto TV in the 1970s. The shared universe was limited; the Hulk was flesh and bone, and the villains tended to be generic bad guys with guns. We’ve our Sling Rings and opened a portal to unearth the original Marvel heroes and discover what happened to those first stars.

Hammond played Peter Parker in The Amazing Spider-Man TV series, which stacked up 13 episodes between 1977 and 1979. Stories from the show were bundled into three features that earned a theatrical release in Europe, pitting the web crawler against a mind-controlling guru, plutonium thieves, and international corporate sabotage. The ingenious way this Spider-Man was brought to life is ridiculously watchable.

Born in 1950, Hammond, who it’s fair to say looked like Peter Parker drawn into real life, went on to star in shows like The Love Boat, Magnum, P.I., Murder, She Wrote, and Dallas after hanging up his spandex. He also established a career as a screenwriter, penning the miniseries, A Difficult Woman, and the TV movie, Secret Men’s Business for Australian TV. Hammond is perhaps most recognizable these days for his sideline, playing real-life directors and producers. In 2005, he starred as Aaron Spelling in Dynasty: The Making of a Guilty Pleasure, and in 2019, he played director Sam Wanamaker in Quentin Tarantino’s Once Upon a Time in Hollywood.

CBS was the biggest ally of Marvel superheroes in the 1970s. They commissioned The Amazing Spider-Man, The Incredible Hulk, and in 1978, Dr. Strange. The feature was aired but didn’t lead to a series. The plot saw psychiatrist Stephen Strange assume the mantle of the Sorcerer Supreme with the help of familiar faces Clea Lake and Wong and counter the attempts of an imprisoned Morgan le Fay to break through to the earthly realm. The impressive cast included John Mills as a wizard and Jessica Walter in villainous mode.

Stylish screen sorcerer Peter Hooten remains best known for the CBS pilot feature but has stacked up roles in award-winning movies like Midnight Cowboy (1968) and several European features, including the original 1978 The Inglorious Bastards. As it stands, his last film credit was as Sheriff Buford Talley in 2017’s Souleater.

If there was one Marvel monster hit on TV in the 1970s, it was The Incredible Hulk. It was the tragic tale of the renamed Dr. David Banner, forced to travel America under aliases after a scientific experiment unleashes his angry, green, and hulking side. Every week, Banner used his unwanted power to help those in need. After the show’s original run between 1977 and 1982, three TV movies in the late 1980s and early 1990s tied the story up for the most successful Hulk adaptation.

Bixby died in November 1993, two years after being diagnosed with prostate cancer.

The TV incarnation of the Hulk is one of the most distinctive interpretations of Marvel’s green goliath. None of the following CGI versions captured the angry charm of Ferrigno decked out in jade paint, slow-mo smashing through a wall or hanging from a helicopter. The Incredible Hulk was so influential that several parts made it into the early MCU movie of the same name, including the piano theme, “The Lonely Man.”

Bodybuilder Lou Ferrigno had previously appeared in 1977’s Pumping Iron, competing with Arnold Schwarzenegger for the title of Mr. Olympia. He matched co-star Bill Bixby for his Hulk appearances and has subsequently built one of the longest careers attached to a Marvel character. Ferrigno had cameos in 2003’s Hulk and 2008’s The Incredible Hulk. He also voiced the character in the MCU all the way up to Thor Ragnarok. His latest credit is as Lenny Montanain in the Paramount+ miniseries about the making of The Godfather, The Offer.

The first TV movie to return the legendary Hulk to the screen had David Banner and his alter-ego team up with an old student, Donald Blake, who has unwittingly gained a personal superhero of his own thanks to an enchanted hammer. Thor Odinson has been banished to Earth but finds a distraction in helping the Hulk battle a criminal organization intent on stealing a gamma transponder that could cure Banner.

After his one stint as the Thunder God, Kramer took roles in Robin Hood: Men in Tights and True Romance. He has guest-starred in high-profile sitcoms, including Dharma and Greg, That 70s Show, and How I met Your Mother. He’s now most likely to be found on stage in Los Angeles as an award-winning member of the Antaeus Classical Rep Company.

Rex Smith—Daredevil, The Trial of the Incredible Hulk

This attempt to create a backdoor pilot for a Daredevil TV show introduced the Devil of Hell’s Kitchen in the Incredible Hulk’s penultimate movie in 1989. David Banner’s wandering brought him into the crossfire between city protector Daredevil and the machinations of Kingpin Wilson Fisk. Not only was this the first live-action appearance of Daredevil and Fisk, but it also was the first of Stan Lee’s famous cameos in a Marvel film as the head juror in a dream sequence.

Singer and actor Rex Smith was best recognized for playing lead Jesse Mach in the ’80s action series, Street Hawk, before he became the first TV Daredevil. He has 11 recording albums under his belt and was most recently onstage in California playing Billy Mack in Love Actually Live.

Legendary low-budget film pioneer Roger Corman’s Fantastic Four never received an official release. Despite the film’s cast hiring a publicist at their own expense, it remains one of Hollywood’s all-time cynical attempts to retain film rights. Still, it’s also the first time Marvel’s first family took on Victor Von Doom in live action. An illuminating documentary about its production called Doomed!: The Untold Story of Roger Corman’s The Fantastic Four was released in 2015.

Rebecca Staab was Susan Storm, the Invisible Woman. A former Miss Nebraska, she has most recently appeared in a raft of Hallmark Christmas movies.

The Human Torch actor Jay Underwood continued acting in movies on and off but spends most of his time as a pastor in California. Michael Bailey Smith, who played Ben Grimm, will be familiar from shows like House, Shameless, Black-ish and for playing Belthazor in Charmed. Carl Ciarfalio, who donned prosthetics as The Thing, established a career as a stuntman and coordinator, including work on Community and Westworld. His most recent acting credit is 2019’s American Bistro.

Captain America took a tortuous route to the screen, missing a theatrical release to mark Cap’s 50th anniversary and only achieving a limited theatrical release a couple of years later. A low budget was the least of its worries, with script and tone problems making for a difficult watch. Still, Salinger’s Cap and Scott Paulin’s Red Skull bravely battle through WWII to the modern day, where a fiendish plot aims to take down a President of the United States intent on pushing through environmental policies.

Matt Salinger is best known for his roles in Captain America and his debut movie, Revenge of the Nerds. He’s worked consistently in film and TV since, with his last screen credit as CEO Thomason in the 2021 actioner, The Ice Road. He may not have followed his famous father J.D. into writing, but he has moved behind the camera to produce independent films, including Let the Devil Wear Black and Mojave Moon.