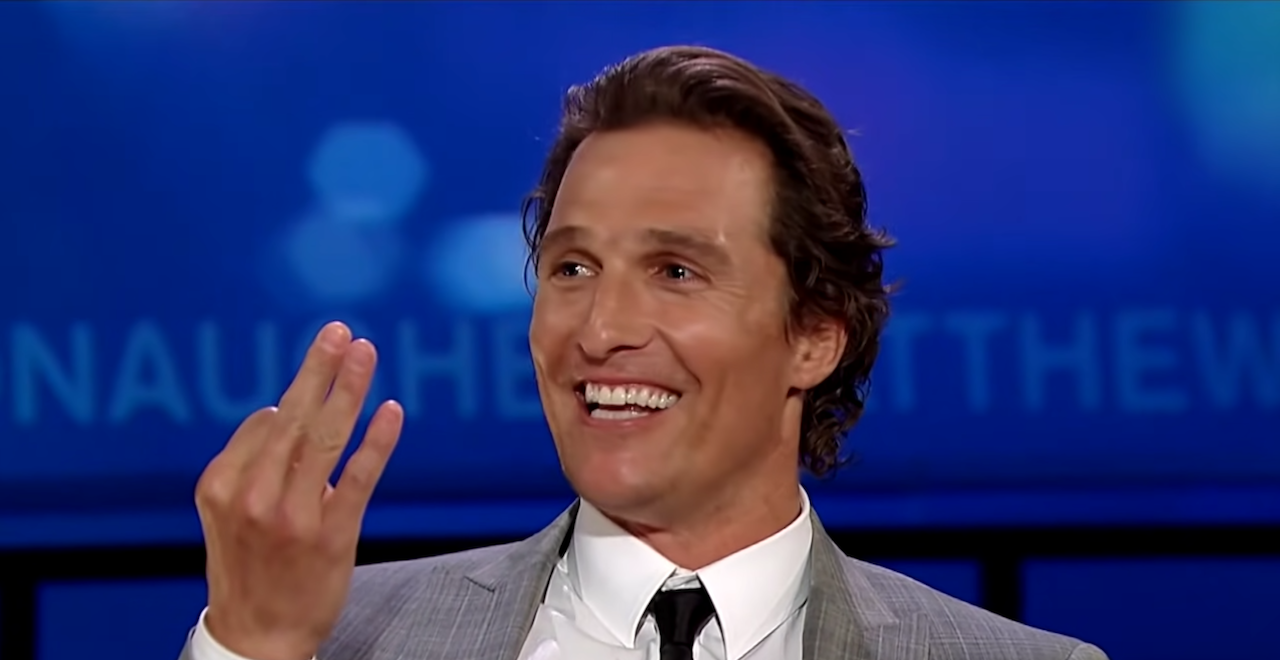 If you look closely at Matthew McConaughey’s films from the early 2000s, you won’t find the same luscious locks you saw in Magic Mike in 2012. Somehow, the Texan actor and bestselling author pulled a Benjamin Button and turned back the hands of time, officially sporting a fuller head of hair now than he had twenty years ago. Did McConaughey go down the route so many Hollywood celebrities do and undergo a hair transplant? Well, you might actually be surprised at how he achieved it.

The start of something… new

In an interview with LADbible, McConaughey elaborated on the topic, sharing that he first noticed the change in his hair around the turn of the century. The actor says it all changed for him when he saw a photo of himself at a party with his head bent low and there, right on the crown of his head, was a “baseball-sized bald spot”.

Anyone who’s experienced male or female pattern baldness knows how terrifying it is to watch your hair fall out right before your eyes. The impulse to do or try anything to fix the problem is as real as the hunger for food. Similarly, in an effort to get ahead of the problem, McConaughey did what most men wish they had the courage to do and shaved his head entirely. Not only that, but he dedicated 10 min every day to rubbing a “topical ointment” into his scalp, a routine McConaughey says he still follows to this day.

Did Matthew McConaughey get a hair transplant?

Unfortunately, the mystery of Matthew McConaughey’s hair regrowth is still that: a mystery. Even the actor is not sure how exactly it happened. He did not elaborate on what kind of “topical ointment” he used to regrow his hair, or where we can get our hands on it. All he shared was that the routine he employed twenty years ago is a routine he follows to this day.

So that means we’re still left wondering how someone literally regrew their entire head of hair without a prescription or surgery. Maybe one day the Magic Mike star will expand on his groundbreaking discovery. For now, we’ll just have to settle with a good old fashioned comb-over.