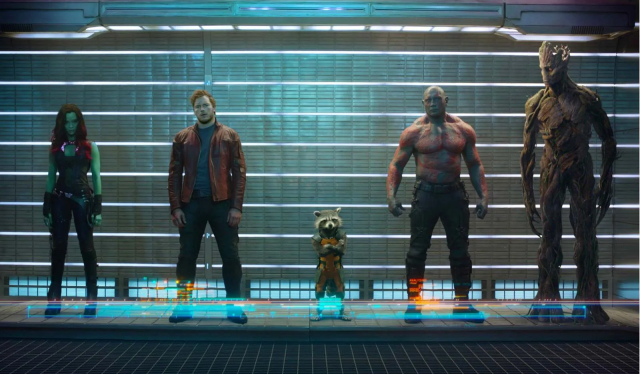 Fans of the Marvel Cinematic Universe are gearing up for a teary goodbye next year, as Guardians of the Galaxy Vol. 3 was confirmed by director James Gunn to be the final arc in the story of the Guardians. Whether that means the characters will be gone for good, we can’t know for sure, but for the sake of one’s emotions, it’s best to err on the side of caution.

Whatever the outcome of Vol. 3 is, who knows what could come out of the aftermath of the film? One fan on r/marvelstudios has been doing some thinking in the same ballpark, and brainstormed the appearance of the Starjammers, a team of space pirates that could fill the intergalactic holes in our hearts when it comes to life after the Guardians.

The user pointed out the big connection that the leader of the Starjammers, Corsair, has with the X-Men, being the father of Cyclops. And with the X-Men getting closer and closer to their MCU debut every day, it wouldn’t be a far stretch to bring close relatives into the mix. Furthermore, the comic book iteration of the Starjammers once saw Carol Danvers as a member of the group, lending to the possibility of their MCU existence even moreso.

One responder crossed their fingers for the possibility to be true, even going as far as fan-casting Leonardo DiCaprio as Corsair.

Another user pointed out that the Starjammers have also had comic book crossovers with the Guardians themselves; at this rate, it might come as a surprise if we don’t see the Starjammers pop up.

Could we see the Starjammers take over the galactic duties of the Guardians in the MCU? With the likes of Guardians of the Galaxy Vol. 3 and The Marvels just around the corner, we may get that answer sooner than we think.