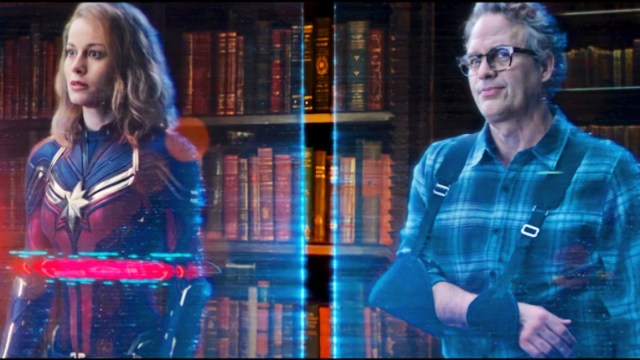 We’re effectively a third of the way through the Marvel Cinematic Universe‘s Multiverse Saga, and if there’s only one thing we know for sure, it’s that we certainly haven’t seen the last of any Phase Four’s exciting new additions to the canon; from Shang-Chi and Ms. Marvel to America Chavez and Moon Knight, the roster of Earth-616’s champions is looking as evergreen as usual.

But for the most dedicated, it’s not about the “if,” but the “when.” For Shang-Chi in particular, who we haven’t heard a whisper from since his debut in Shang-Chi and the Legend of the Ten Rings (one of Phase Four’s first films), fans everywhere are hoping to see him sooner rather than later, as he and his eponymous weapon are set to play an enormous role in the fight against Kang. In search of community and soothing theories, such fans have flocked to r/marvelstudios to discuss.

One user put forth the very plausible theory that Shang-Chi could be brought in for the post-credits scene in 2023’s The Marvels, thanks to Captain Marvel’s brief introduction to the martial artist.

Others are convinced that he’ll show up in Ant-Man and the Wasp: Quantumania, given Kang’s connection with the Ten Rings and the curiously-similar devices orbiting the villain’s home base. If true, the time will pass in the blink of an eye.

If all else fails, at least we know that a Shang-Chi sequel will be showing up at some point; whether that’s before or after The Kang Dynasty is a whole other question.

Perhaps that’s just the nature of a brand new saga in the MCU; by setting up all of these brand new players, you make them lose out on screentime, and with the Multiverse Saga undoubtedly taking the stakes to brand new heights, it no doubt means that an equally staggering amount of characters will be showing up. Worry not, though, with Shang-Chi holding what is perhaps the key to success against Kang, he will, in fact, return.