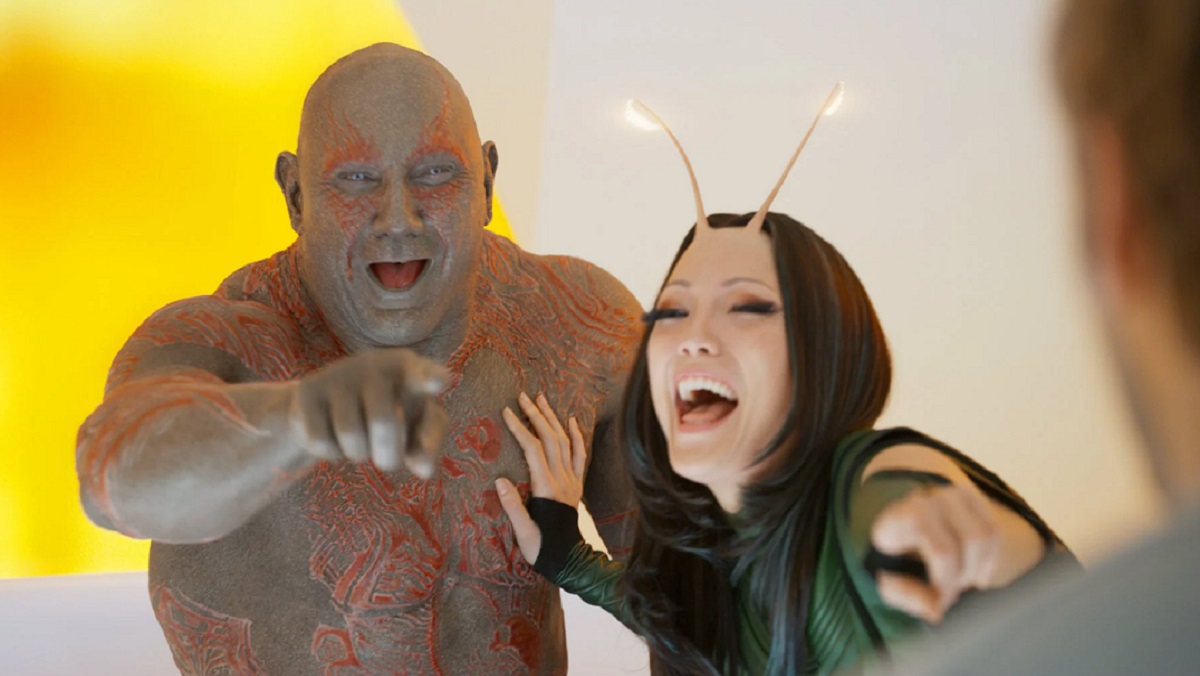 The MCU isn’t really known for its subtlety.

The superhero genre, as a whole, just doesn’t have much room for understated or elusive plot points. It instead tends to rely on clear-cut stories, bold and individual characters, and heavy-handed CGI fight scenes. These ingredients tend to make for a broadly successful release, even if they’re starting to feel a bit cookie-cutter.

Some of the more individual films among Marvel’s lineup of overly-familiar releases fittingly take place far from earth and follow the hilariously chaotic Guardians of the Galaxy. Both films in the group’s main franchise are standouts for a huge number of Marvel fans, and one detail may be subtly lending to the team’s popularity.

A longtime Marvel fan pointed out the surprising character development in one of the Guardian’s most subdued characters. Drax the Destroyer’s slow but notable evolution is easy to miss, but it’s been on a gradual build since he made his debut in the first Guardians film.

This is the central point of Redditor SpideyFan914’s post, which highlights and celebrates “Drax’s subtle character development.”

The post notes that Drax’s evolution is easy to track via his attempts at humor. His portrayal in the second Guardians flick has been criticized by a large chunk of the fandom, as well as Dave Bautista himself, but the film contains a clear nod to his continued growth as a character. SpideyFan914 notes that, in the first film, Drax “Never laughs. Doesn’t understand jokes of any kind.” By the time the second film comes around, however, he’s made massive efforts to change this.

Instead, he severely overcorrects and lets out loud, hearty, bellows of laughs at nearly everything. He often chooses inappropriate times, or subjects, to react to, but laughter is easily on hand whenever Drax is in a room. This, as the Redditor points out, is Drax’s attempt to fit in with his new family.

It goes even further with the addition of the recently released Holiday Special. In the 44-minute special, Drax’s attempts to understand and communicate humor in a similar way to his team continue to evolve. He’s moved past laughing hysterically at literally everything and instead works to check himself when he’s overdoing it. As pointed out in the post, “he just really wants them to like him.”

“He is making an active attempt to understand how his brain functions differently from others and to fit in with them in spite of this. He just really wants them to like him.”

This character development is even starting to extend to Mantis, who — up until Guardians of the Galaxy Vol. 2 — never interacted with anyone other than Ego and his ill-fated children. She’s massively stunted emotionally, as well as socially, but she’s also starting to change and grow as she gains more faith in her team and her position among them.

Commenters were charmed by SpideyFan914’s observation and were quick to voice their desire to see Drax and Mantis continue to grow in the third Guardians film. They also found time to worm some solid Guardians references in, with one commenter noting that Drax’s “character development … is so subtle… that it’s imperceptible.”

The MCU’s take on the Guardians of the Galaxy seems to be hugely popular, overall, and these kinds of subtle additions only serve to make the team’s outings more enjoyable. The films certainly lean on the goofy group to generate laughs, but there’s evidently a bit more going on beneath the surface than some fans realized.