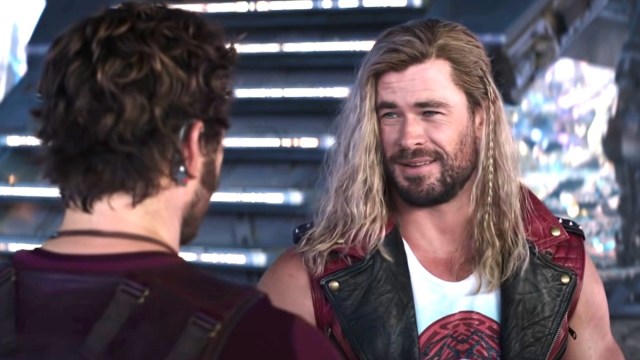 Thor: Love and Thunder is the latest MCU property to hit the big screen, dropping Thor back into the role of the protagonist while putting him through a midlife crisis fit for a god of thunder.

The film opened to lukewarm reviews, currently sitting at a 67 percent approval rating on Rotten Tomatoes; a rare misfire from Marvel Studios, and an even rarer misfire from director Taika Waititi. A fair portion of the criticism stemmed from its humor, which many believed was poorly handled. It led to various other criticisms, such as tonal inconsistencies, which in turn undermined its characterization. Overall, the film’s humor has been widely dubbed as detrimental to Thor’s fourth outing.

But one redditor wasn’t happy with the Love and Thunder libel, and attempted to point out the perceived hypocrisy by putting the humor of Avengers: Endgame on full blast, notably the scene in which Bruce Banner (as Professor Hulk) painfully attempts to relate to some young Avengers fans, dab and all.

But r/marvelstudios wasn’t having any of it, dismissing the comparison as fruitless.

Several responders pointed out that Endgame‘s Professor Hulk scene was intentionally cringeworthy humor, whereas Love and Thunder‘s essentially was not written or filmed with that in mind.

One user took the liberty of breaking down why the humor in Love and Thunder resulted in the problems it did, while Endgame‘s was more workable due to its timing.

And another responder pointed out that because Love and Thunder isn’t exactly knocking it out of the park with critics, it’s no reason to point fingers at other Marvel films to attempt to disprove anything.

Thor: Love and Thunder is currently playing in theaters.