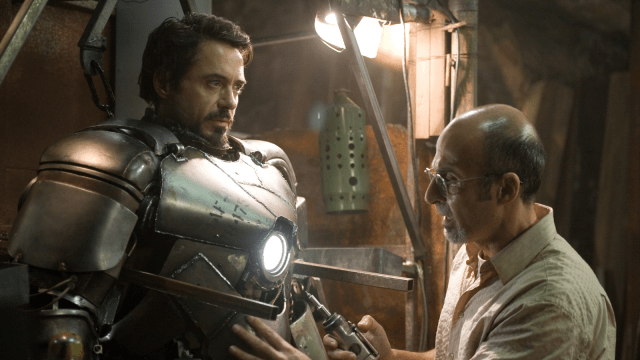 It’s hard to remember the days when the Marvel Cinematic Universe was just Iron Man and The Incredible Hulk, but some fans find it difficult to believe that a key character from Iron Man got completely forgotten as the years went on.

2008’s Iron Man introduced the world to both the MCU and the character of Tony Stark. An eccentric egotistical billionaire, Stark has to learn humility and justice throughout the course of the film. Integral to his development of both the Iron Man suit but the Iron Man persona is a certain Ho Yinsen.

Since 2008, Yinsen has been shown just once, and mentioned just once. Iron Man 3 saw a cameo from the Shaun Toub character, while Stark references Yinsen in Iron Man 2. Considering the many further adventures, and very similar sacrifice play Stark does in Avengers: Endgame, fans are wondering when the franchise will put respect on his name.

The lack of reminiscing on Yinsen has poked a few people the wrong way, with some believing the brilliant scientist deserved a more malleable legacy in the Marvel Cinematic Universe.

Another thought process is that Captain America: Civil War, which is so heavily defined by the heroes feeling responsible for the deaths of those around them.

Others, though, feel the relationship and his purpose to Stark had ended by the time the credits rolled in the 2008 blockbuster. After all, who needs to be reminded in a Spider-Man movie each time that Uncle Ben died?

Yinsen hasn’t appeared in What If…? yet, either. Despite an entire episode being set around Killmonger taking the place of Yinsen in Stark’s origin, there isn’t room for him. Yinsen’s role is comparable to Stanley Tucci’s Abraham Erskine in Captain America: The First Avenger, and interesting Tucci did return to the role for What If…?‘s debut episode.