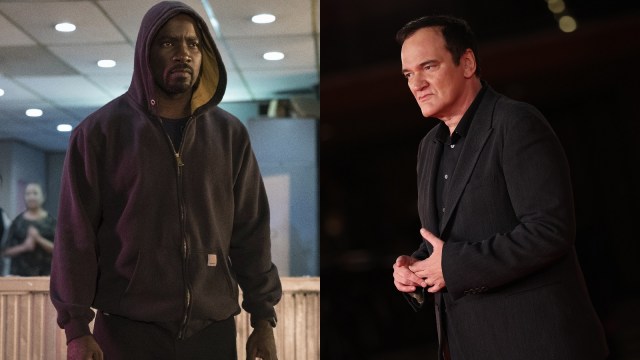 Quentin Tarantino talks up an awful lot of projects that never get made, but with the superhero genre being as ubiquitous as it’s become during the 21st Century, Marvel Cinematic Universe fans are weighing up the pros and cons of the two-time Academy Award winner hypothetically dusting off his abandoned Luke Cage movie.

Shortly after Reservoir Dogs had blown audiences away and put him on the map as cinema’s latest wunderkind, the former video store clerk toyed with the idea of turning Harlem’s protector into the star of his own feature film. Tarantino even got as far as discussing the prospect with producer Ed Pressman, who was in charge of the rights at the time.

The Pulp Fiction, Jackie Brown, and Inglourious Basterds architect even knew who he wanted to play the lead role; even if his friends with deep comic book knowledge kept trying to tell him that Wesley Snipes would be a much better fit for the part than Tarantino’s ideal candidate Laurence Fishburne.

In a vein similar to animated Disney Plus series What If…?, Redditors have been discussing whether Tarantino dusting off Luke Cage in 2022 would be something they would be ready and/or willing to see happen.

Would an R-rated, profanity-laden, hyper-violent Luke Cage from the singular mind of Quentin Tarantino be something worth watching? Absolutely, but that doesn’t necessarily mean it would be good idea, even if we’re dealing purely in the realms of wishful thinking.