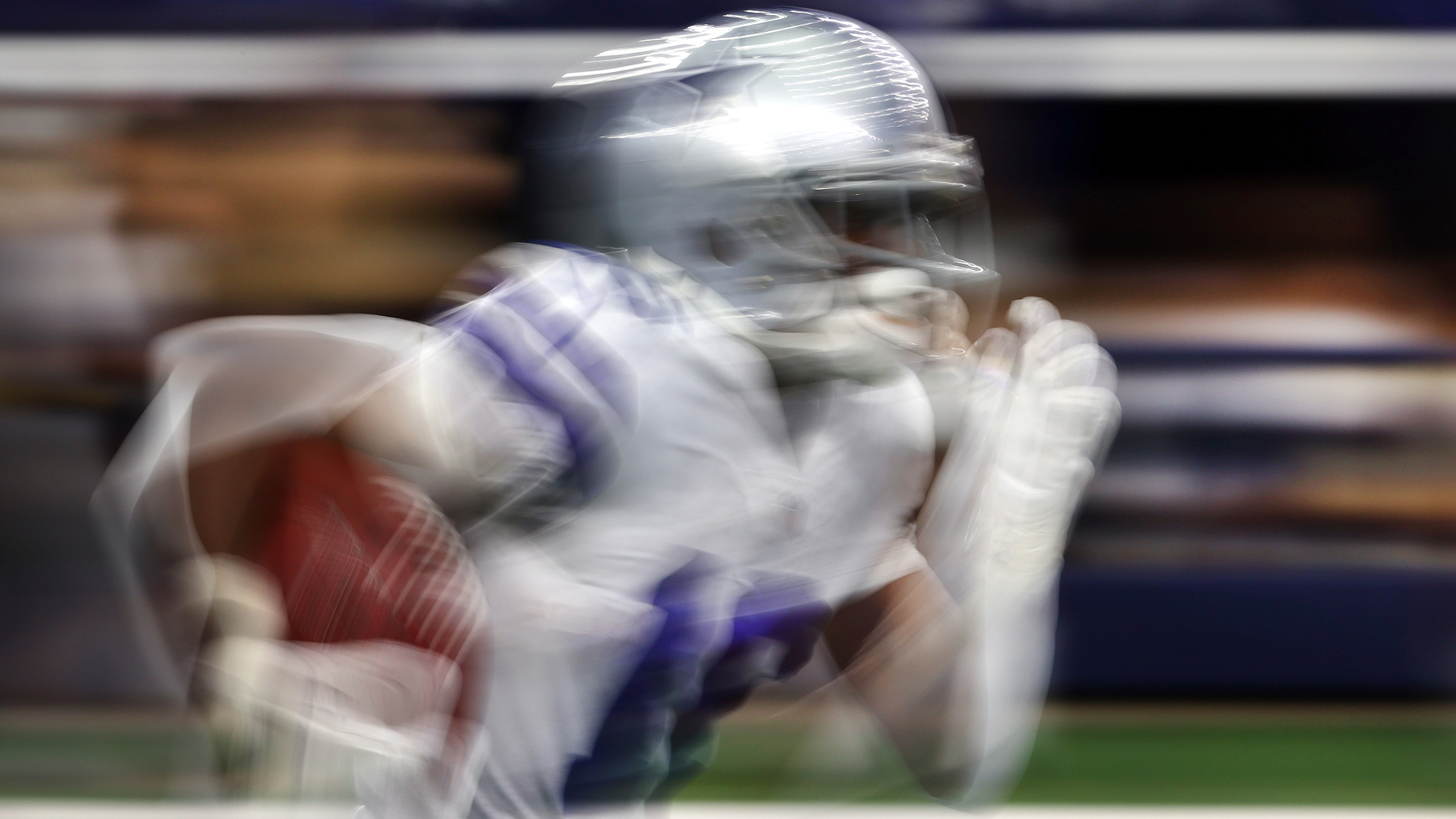 They both feature people wearing masks, helmets, and other adornment and/or body armor during their contests of strength and power.

And they both rack up staggering amounts of money with each event, year after year after year. The spectacle and production value brings in the fans — and the money — no matter the controversies or mediocrity that can sometimes surround them.

Yes, it’s fair to say that these two brands accumulate more money than just about any other viewing experience in the current day entertainment landscape — and that’s the Marvel Cinematic Universe (MCU) and the National Football League (NFL).

We see record-setting numbers coming in all the time. In the MCU, for box office records on the first day, the first weekend, and overall, worldwide. For the NFL, it’s the TV dollars and gate revenue.

Both cost a good chunk to see in person, whether in the theater or at the stadium, and you just know that box of nachos and cold drink you want are gonna cost you way more than they have a right to.

Yet, there we are, giving them cash over and over again.

With the most recent valuations of all 32 NFL teams just released by the reputable and respected sports business site Sportico, with their motto “The Business of Sports,” let’s check in and see just how valuable NFL franchises are worth, which one takes the top spot, and how do the MCU and NFL measure up?

The MCU has 29 feature films released to date, which is very close to the number of NFL teams.

The most profitable MCU film ever, as you may know well by now, is Avengers: Endgame, which took in just about $2.8 billion in worldwide gross since its release in 2019.

Even with all that might, that doesn’t come close to matching the top spot in the NFL, though.

As you might have guessed, the top NFL team considered the most valuable franchise in all of football (and in all of sports for that matter) is the Dallas Cowboys.

The Cowboys are valued at $7.64 billion according to the research and article released by Sportico today.

If we add in the other three top grossing MCU films — Avengers: Infinity War and Spider-Man: No Way Home — we get to just about $6.8 billion, which still falls a little short of the Cowboys worth.

The Los Angeles Rams have the second-highest valuation at $5.91 billion, and the New England Patriots are just behind that at $5.88 billion.

Even though those top MCU numbers fall short of NFL numbers, the MCU has seen many of its films end up in the top grossing films of all time, and there are many more terrible NFL teams than there are MCU films. Well, depending on your fandom probably.

However, this is about where things start to get set apart.

The average NFL franchise is worth a whopping $4.14 billion, which went up 18 percent from the valuations in 2021. In all, there are 16 (exactly half) of the NFL teams valued at more than $4 billion.

However, while the NFL side of things values the money teams make from their in-person experience, their merchandise, and their attraction on TV, the monetary figures for the MCU largely rely on just the box office.

What if we had access to the amount of money Marvel and/or Disney has made from video on-demand and from selling merchandise, which ranges from toys to t-shirts to video games and more?

That’s not so easy to track down. We can find estimates of Marvel’s overall value though, which includes streaming on Disney Plus and VOD numbers, albeit not fresh from this year.

Considering figuring out how much fans of the NFL pay for merch across the world as well, let’s just call those a wash for the sake of this thought experiment.

In 2021, Forbes put Marvel’s (by way of Disney) company value at $53 billion overall, as we reported here just earlier this summer.

Let’s add the box office total to that figure, along with reported profits for Disney Plus, which features plenty of MCU content that never made it to the theaters (such as Moon Knight) for a super (get it?) rough estimate of what Marvel is worth.

It’s estimated that the 29 MCU movies have made about $26.6 billion at the box office.

Now, let’s figure out how much Disney Plus has made. In its inaugural year of launch, 2019, it reportedly made $2.8 billion. In 2021 that went up to $5.2 billion (both figures courtesy of Forbes). And in May of this year, Disney reported $19.25 billion of revenue for the second quarter of 2022, on top of the roughly $14.8 billion from quarter one. Add those up and we end up with just over $34 billion.

Now, let’s tally up all those numbers for a loosie goosie estimation of the MCU’s worth — $120.85 billion dollars.

On the other hand, Sportico says that the value of all the NFL teams is at $132.48 billion dollars ($4.14 billion on average times 32 franchises).

Sure, there’s some mighty funny math in there, but all in all, we believe we can walk away saying that as of right now, the NFL is worth more than the MCU.

That’s not really apples to apples though, as we didn’t account for how much each team has made, but their reported value if sold on the open market.

For the MCU, Disney famously bought Marvel for just $4 billion in 2009.

“People didn’t fully understand and appreciate the franchise potential of the genre like we did,” Tom Staggs, Disney’s former chief financial officer who helped the purchase happen, said to Forbes. “We were able to buy it because the industry didn’t totally get it either.”

If Disney were to put Marvel on the open market, on its own, it would definitely top the amount paid for any one NFL team, because they know better than folks did back then that a very valuable IP is damn near priceless.

That’s not totally fair either, because just this year the NFL’s Denver Broncos, not considered the highest valued franchise at all, sold for a record $4.65 billion dollars, topping the next-highest NFL sale by more than $2 billion.

That’s just a way to say that the NFL and those that want NFL teams know it’s a very rare IP of its own, and the value for franchises will only continue to escalate. To note, in 2021, the NFL accounted for 75 of the top 100 most-watched shows, which is incredible.

For giggles, let’s say some wackadoo billionaire (trillionaire?) decided to buy every single NFL franchise. It would cost them at least $132 billion (probably more).

On the flip side, if, say, Netflix, decided to buy Marvel, how much would they pay? Surely it would be more than the reported $53 billion value put on it as reported by Forbes, yeah?

That would be a fun one to watch unfold, a bidding war to buy Marvel in the current market, and current universe.

A little bit more food for thought to digest — what if the Dallas Cowboys were for sale? They would absolutely bring in more than their value, because they’ve proven to be so valuable for so long and are a very well-known international brand.

Splitting that thought off again, what if just one Marvel character were for sale? On average, no matter who plays Spider-Man, the movies tend to make money.

How much would Disney sell just the rights to Spider-Man for?

We can’t say for sure, but Sony bought the rights to Spider-Man for a mere $7 million in 1998.

As Spider-Man is (probably) the most valuable MCU IP (since Iron Man is retired), it would probably cost in the billions nowadays.

If we put the Cowboys figure at a percentage of the overall NFL value, they are at just about 17% of the total.

All said, we’re putting the NFL ahead of the MCU right now as more valuable.

“There isn’t anybody that compares to the NFL in sports or entertainment,” George Pyne, founder of investment firm Bruin Capital, said in an interview with Sportico. “They are in an orbit all by themselves.”

That could change, though, as the NFL can’t add a dozen more teams, but the MCU absolutely could put out a dozen new movies (and spinoffs and Disney Plus series).

Then again, there could be a saturation point of Marvel on the horizon, now that the very valuable Phase Three is over and all the legendary characters and stars who played them are giving way to new blood. Meanwhile, the NFL just continues to power ahead no matter what.

“The NFL has been almost untouchable through broader economic forces, like inflation, wars, challenged elections, recessions and COVID,” Baker said in the Sportico interview. “The league is a juggernaut, and I see more upside growth ahead.”