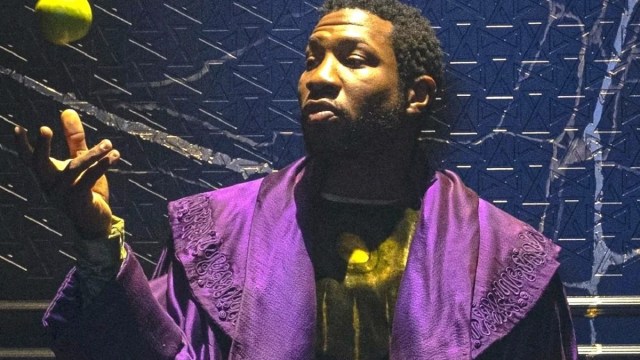 Does each new stage of the Marvel Cinematic Universe need a Thanos-level threat to thrive and succeed? Maybe, maybe not, but we’re getting one anyway thanks to Jonathan Majors’ temporal terror Kang the Conqueror, who kicks off his stint as the Multiverse Saga‘s big bad when Ant-Man and the Wasp: Quantumania arrives next year.

On a similar note, does the primary antagonist in question require a MacGuffin in the same vein as the Infinity Stones to pursue in order to define their arc? Well, that remains entirely up for debate, but a new rumor posited by The Illuminerdi offers that we’ll be heading down that familiar road again, with Kang potentially setting his sights on Shang-Chi’s Ten Rings and Kamala Khan’s bangle.

The respective post-credits scenes of Shang-Chi and the Legend of the Ten Rings and Ms. Marvel increased the mystery regarding the respective apparel wielded by Simu Liu and Iman Vellani, but the latest slab of scuttlebutt claims that both weapons will be revealed to have a connection that ties them directly together, having been left behind on Earth by the same intergalactic race.

Of course, it’s all just speculative at this stage and nowhere close to being confirmed in anything resembling an official capacity, but no franchise generates quite as many deep dives and theories as the MCU, so you can guarantee there’s going to be a smattering of online sleuths putting the puzzle pieces together and trying to make sense of this one.

Either way, we do know that Shang-Chi and Ms. Marvel have major roles to play in the future, so it’s not the most far-fetched thing we’ve ever heard.