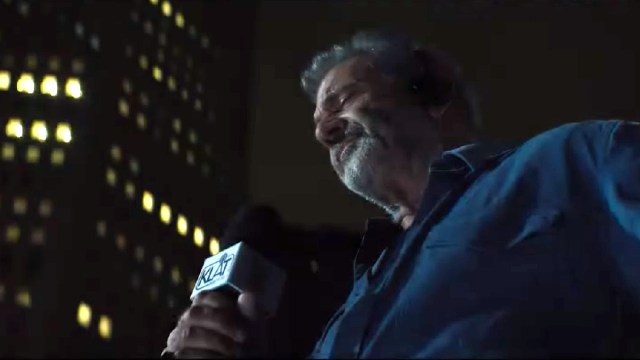 His time at the top of the Hollywood A-list may have come to an end a long time ago, but Mel Gibson is hardly struggling to find work. In fact, On the Line marks his seventh feature film appearance of the year, and his 11th in total since the beginning of 2020.

Almost every single one of them has been a bargain basement action thriller, though, a category writer and director Romuald Boulanger’s latest falls firmly into. On Rotten Tomatoes, On the Line holds a measly nine percent score, while a 45 percent user rating highlights that not even genre junkies have gotten on board with the Academy Award winner’s latest.

To be fair, the story does throw several noteworthy twists into the mix, but the downside is that they all happen in roughly the last 10 minutes of the film, undoing almost everything that had happened up to that point in unsatisfying fashion. Gibson headlines as veteran shock jock Elvis Cooney, the longtime host of a late-night radio show.

Receiving a phone call from a mysterious assailant who claims to have kidnapped his family and rigged the entire building with explosives, the intrepid on-air team must find a way to stop the vengeful disembodied voice from carrying out their dangerous plan, with roadblocks constantly being placed in their path.

It’s another unremarkable offering from Gibson, but that hasn’t stopped it from finding an audience on streaming. Per FlixPatrol, On the Line has seized a spot on the global most-watched charts of both iTunes and Rakuten, reinforcing that despite his many public controversies, the Lethal Weapon star still has plenty of fans.