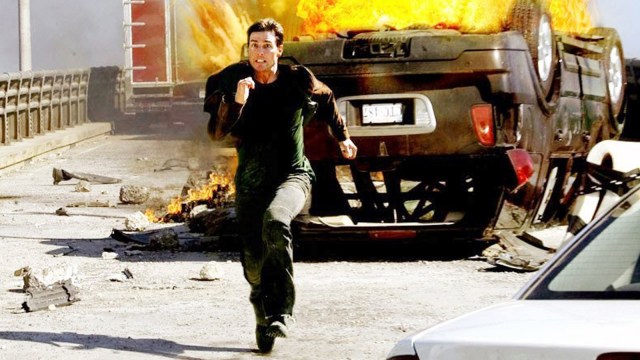 After a renaissance of the franchise thanks to the succeses of Mission Impossible 4, and sequels Rogue Nation and Fallout, it seemed only a matter of time before Mission Impossible would go down the Harry Potter and Avengers route of a double-barrelled finale.

The villain for Part Two has been seemingly cast, with Mindhunter star Holt McCallany joining the hunt for Ethan Hunt. In a report from Deadline, the Nightmare Alley star will be joining the likes of Hayley Atwell, Pom Klementieff, and MI regulars Cruise, Simon Pegg, and Rebecca Ferguson.

Cast as “Secretary of Defense Bernstein”, it’d be highly likely that just like in every Mission Impossible film, Cruise’s Ethan Hunt will go rogue. Try and find a single time he hasn’t gone rogue from IMF in one of these films. It’s impossible.

Mission Impossible – Dead Reckoning parts one and two, set to be directed by Christopher McQuarrie, were originally to be filmed back-to-back, but that has since changed, likely due to the pandemic. McQuarrie has recently worked with Cruise on Top Gun: Maverick, which is the highest-grossing film of 2022 with over $1.2 billion in the bank for the legacy sequel.

Dead Reckoning Part One is due in cinemas on July 14, 2023, while part two is currently scheduled for June 28, 2024. The first part will be going up against Brie Larson’s The Marvels in what will possibly be a box office battle to decide the year’s highest-grossing film.