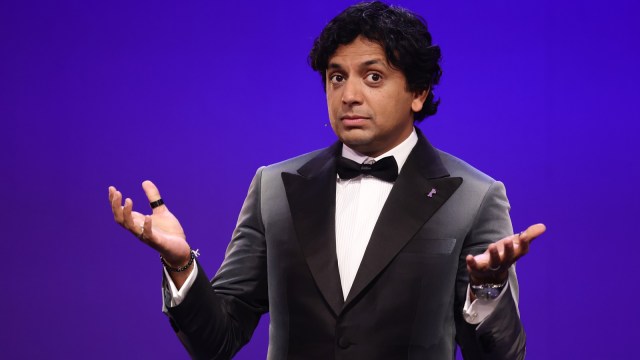 No filmmaker in the history of cinema boasts a 100 percent critical and commercial success rate, because that would indicate complete and utter cinematic perfection on each and every occasion the talent in question has stepped behind a camera, which is impossible to accomplish for innumerable reasons.

That being said, heavy hitters like Steven Spielberg, Martin Scorsese, Paul Thomas Anderson, Quentin Tarantino, Alfonso Cuarón, Christopher Nolan, Denis Villeneuve, and others have very high batting averages, but nobody is ever truly safe from a flop or two. Consistency is key, then, which has led to a fun discussion among the cinephiles of Reddit.

Kicked off by a commenter wondering who else has experienced the misfortune of doing a Paul Verhoeven, who helmed RoboCop and Showgirls less than a decade apart, users piled on to list similar silver screen offenders.

Shockingly enough, M. Night Shyamalan became a hot topic of conversation almost as soon as the post went live, while Guy Ritchie yo-yoing between well-received thrillers such as Snatch, The Gentlemen, and Wrath of Man to Swept Away and King Arthur: Legend of the Sword is also worth bringing up.

Neil Blomkamp’s steady fall from grace in the aftermath of District 9, the lingering malaise swirling around George Lucas’ Star Wars prequels, and the vast gulf in quality between Peter Jackson’s The Lord of the Rings and The Hobbit trilogies make for damning indictments, while John Carpenter just about gets a pass for cranking out a litany of classics before falling off a cliff.