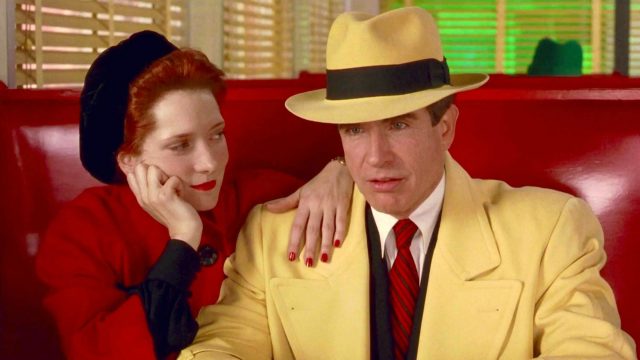 With the term “comic book movie” becoming synonymous with superheroes, it’s easy to forget about one of the most authentic and innovative examples of all-time. Thankfully, Reddit is here to remind us of Dick Tracy.

“Anyone remember the 1990 film, Dick Tracy?” began nousemercenary’s post in r/movies. “It has a star studded cast, great musical score and unique art style. Won three Academy Awards and then faded into cinema history.” The Redditor listed more of the film’s superlatives, including that Warren Beatty, Al Pacino, Madonna, James Caan, and Dustin Hoffman are among the cast, as well as a score from Danny Elfman.

In just this thread, over 1,500 users remember Dick Tracy, and hundreds are gushing about the flick that might have faded out of the mainstream, but its colors remain as bright as ever. “The colorful suits and weird ass thugs. One of a kind,” wrote normaldeadpool. “They used only seven bold colors in the movie to make it look like a comic strip,” maccardo informed us, which perfectly leads into the highest-upvoted comment in the thread:

“Until Sin City came out, it was probably the best attempt at capturing the style and feel of a comic book in a movie. Great film, and a total love letter to the source material.”

User dead_paint clarified that it’s more accurate to call Dick Tracy a comic strip movie, since it’s based on a newspaper strip that’s been running since 1931. However, the strip has been adapted into myriad comic books.

The thread is punctuated by firsthand accounts of being mesmerized by Dick and his colorful nemeses.

A popular, well-received, award-winning comic book adaptation isn’t the sort of movie that should fade from the public consciousness, but at least the Dick Tracy renaissance has finally gotten underway.