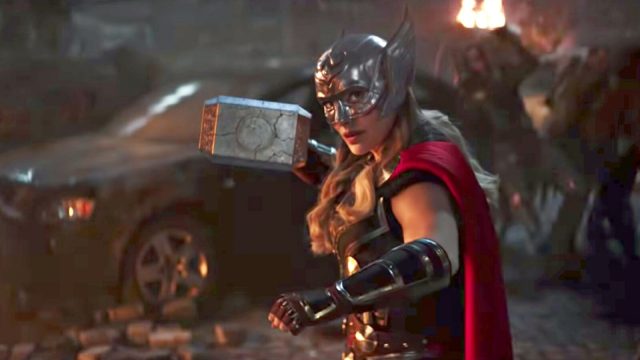 Marvel fans lost their collective minds when they found out that Jane Foster would be returning to the MCU in Thor: Love and Thunder, leaving astrophysics for superheroism by donning the mantle of the Mighty Thor; evidently, watching her clutch Mjolnir to the iconic riff of Guns N’ Roses’ “Sweet Child O’ Mine” is a surefire goosebumps recipe.

And it appears Natalie Portman herself, who has portrayed Foster in the MCU ever since her debut in 2011’s Thor, was caught just as off-guard as the rest of us when she found out that she would become the Mighty Thor. As she stated in an interview with ComicBook.com, her character picking up the Thor mantle did not occur in the Marvel comics until 2014, which came after her last appearance in the MCU, 2013’s Thor: The Dark World. Back then, the actress never expected her character to return in such an explosive manner.

“I thought that was such a cool opportunity to, get to portray. And then, the comic book that had this idea of Jane becoming Mighty Thor only was published in 2014. So, it was like several years after I had started being part of the film. So, that’s when it started coming up as an idea.”

She would go on to recall when director Taika Waititi teased the idea to her when he gave her those very same comic books.

“It definitely is amazing to have these, Jane as Mighty Thor comic books that Taika gave to me the first time we met as this kind of kernel of an idea for what this could be.”

Thor: Love and Thunder releases to cinemas on July 8.