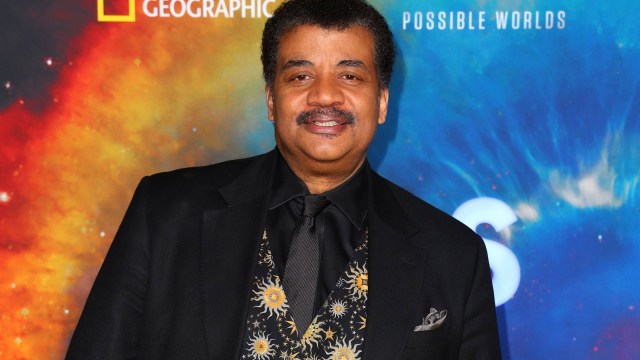 Astrophysicist Neil deGrasse Tyson shared an observation about the Bat-Signal, and he has a tip for Batman.

The famed apparatus was created by the Gotham City Police Department, who fitted a searchlight with the iconic Batman logo which projects into the misty night sky to summon assistance from the superhero in times of crisis while preserving his anonymity.

However, when scrutinized by deGrasse Tyson, the device was found to an unreliable means of contacting the Dark Knight, as it requires specific weather conditions to function. The Harvard alum took to Twitter to offer the city of Gotham other communications solutions, in the form of an emoji text or a beeper.

While the alternatives deGrasse Tyson proposes resolve the weather issue, they would also make Batman vulnerable. They do not address the main problem of concealing the superhero’s anonymity, and could potentially create serious security issues. For example, if a skilled hacker was to bypass encryption protocols and access Bruce Wayne’s smartphone or beeper, sensitive information like his location and identity could be obtained by one of his many adversaries.

Fans shared some of the intriguing reasons they think the Bat-Signal works. PokeKellz shared their theory that clouds are a regular feature of the Gotham City skyline.

A user called TheRedNerdness thought that deGrasse Tyson’s keen eye might spoil the experience of watching films that require viewers to suspend their belief in reality to follow the plot.

At the end of the day, deGrasse Tyson made an important point, because should a major crime ever take place in Gotham City on clear night, the police would have no means of contacting Batman for help. His tweet presents an interesting challenge to the set designers to reimagine a more practical Bat-Signal.

The responses to his tweet are fascinating, as the majority of Batman fans have come to the conclusion that gloomy weather conditions are a constant in Gotham, therefore the Bat-Signal must work. Even if this is true, considering all the cool gadgets that are created for each new Batman film, there’s little doubt that fans would be here for an upgrade.