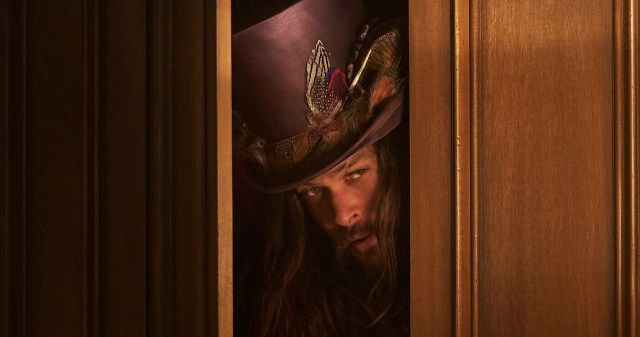 Netflix is on a roll when it comes to the world of dreams. Neil Gaiman’s The Sandman continues to be a massive hit around the world, and now we have our first proper glimpse of their next big family movie, the new Netflix Original Slumberland. Loosely based on the classic Little Nemo in Slumberland comic strip by Winsor McCay, Momoa cuts a striking figure as Flip, a 9-foot-tall horned man/monster hybrid guiding a young girl through a land of dreams and nightmares.

The trailer indicates this isn’t going to be your usual family fare, combining some beautifully executed surreal imagery and apparently not shying away from darker material. Momoa looks to be delivering a typically charismatic performance with an edge of danger, though looks like the perfect protector as these children head through what looks like an extremely odd adventure as she tries to hunt down her late father.

The film is clearly so CGI-heavy that it’s practically an animated movie, though we guess an edge of unreality isn’t so bad when we’re exploring Slumberland. However, it pans out, it’s clear there are going to be some truly sumptuous vistas here, with the animation team being allowed to go nuts in creating Inception and Doctor Strange-style warping cityscapes.

We should hear more about Slumberland over the next few months. Netflix is positioning this as their biggest family Christmas release so expect the hype train to get cranked up to full speed as we approach its Nov. 18 release date.

More on Slumberland as and when we hear it.