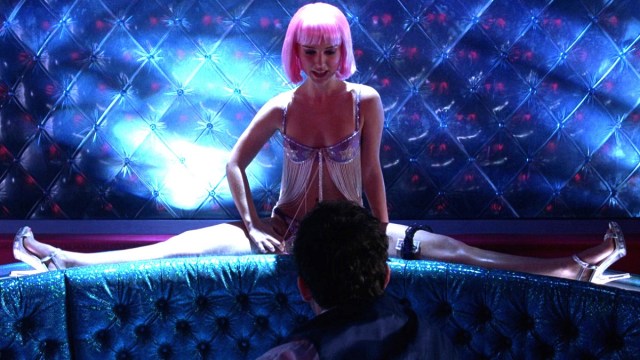 When you hear the term “erotically charged” applied to a movie or TV show, you may be expecting some light titillation and saucy romps to dominate the proceedings. In the case of Mike Nichols’ Closer, though, audiences were treated to a caustic relationship drama that didn’t pull any punches, and was all the better for it.

The star-studded tale of love, lust, jealousy, infidelity, and many other things between was a certified critical and commercial smash hit, winning strong notices from critics and audiences alike on its way to a $115 million haul at the box office on a $25 million budget.

Impeccably cast and stunningly performed, it’s no surprise Clive Owen and Natalie Portman both landed Academy Award nominations in the supporting categories, and they won the corresponding trophy at the Golden Globes for good measure.

Jude Law and Julia Roberts complete the A-list central quartet, with the plot revolving around the intertwining lives of four strangers who end up mixing, matching, and mingling in the most unexpected ways. Law’s Dan and Portman’s stripper Alice are dating, but he eventually begins a flirtatious dalliance with Roberts’ photographer, before Owen’s dermatologist Larry gets drawn into the increasingly complex web via an online chat room.

It’s hard-hitting stuff that doesn’t beat around the bush, as Netflix subscribers have been discovering firsthand this weekend. As per FlixPatrol, Closer has remained faithful to the platform’s most-watched rankings by managing to keep up its spot on the charts, even if first-time viewers may be left with a bitter taste in their mouths by the time the credits roll.