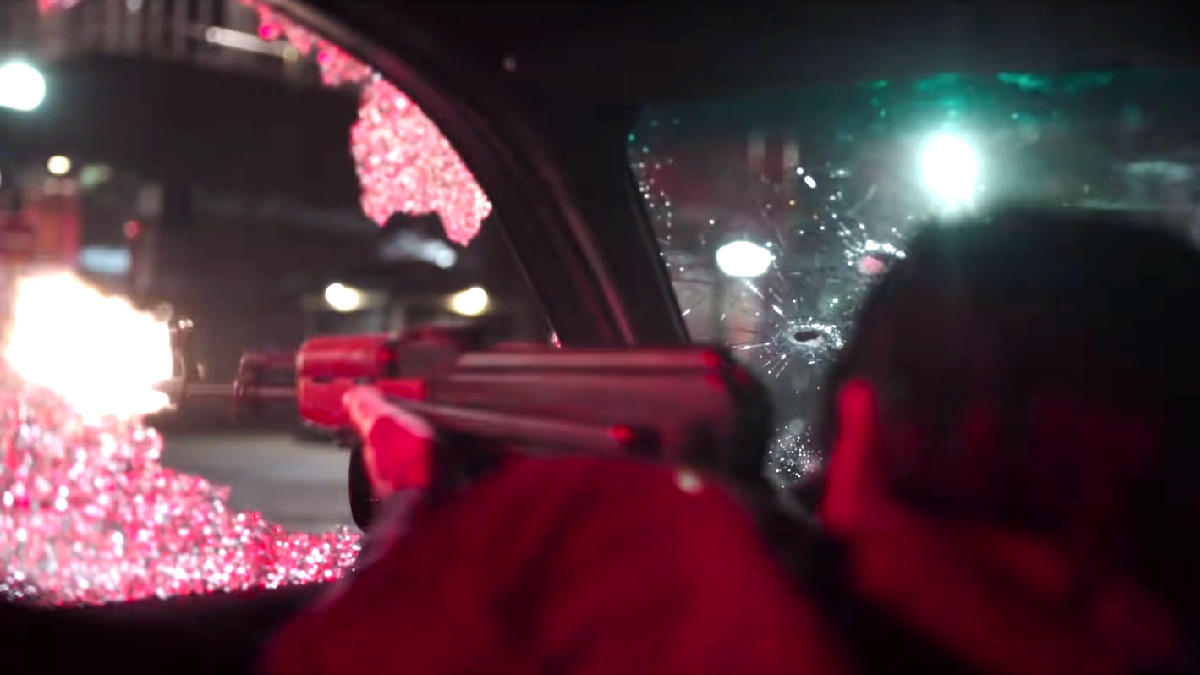 Not to put too fine a point on it, but a huge number of Netflix’s in-house action movies tend to be instantly forgettable, and roundly dismissed by critics. While the streaming service has fared substantially better overall when it comes to international ass-kicking, we’d much rather see its Hollywood ventures hew closer to Wheelman than Red Notice.

That’s not to say Netflix isn’t capable of knocking it out of the park when it comes to mega budget blockbusters packed to the rafters with A-list talent, but the methodology and formula could use some fine-tuning. The fact that Frank Grillo’s intense thriller ranks as one of the platform’s best-reviewed genre films of all-time – but came and went without barely making a splash – speaks volumes about where the company’s priorities lie.

Set almost entirely behind the wheel of a car as you could probably guess, Grillo’s getaway driver is betrayed during a bank robbery, and seeks to root out the identity of the people who double-crossed him before it’s too late. Naturally, a spanner is thrown in the works when his daughter gets caught in the crossfire, leading to an old-school rampage of vehicular vengeance that never lets up.

An 88 percent Rotten Tomatoes score is the sort of number very few of Netflix’s $100+ million exclusives could ever dream of reaching, but nobody ever talks about Wheelman as an underrated, overlooked, and unsung gem that counts among the finest genre flicks ever added to the content library, which is exactly what it is. There has been a modicum of support drummed up on Reddit, though, but not enough to bring the relentless chase story back from the brink of irrelevance.