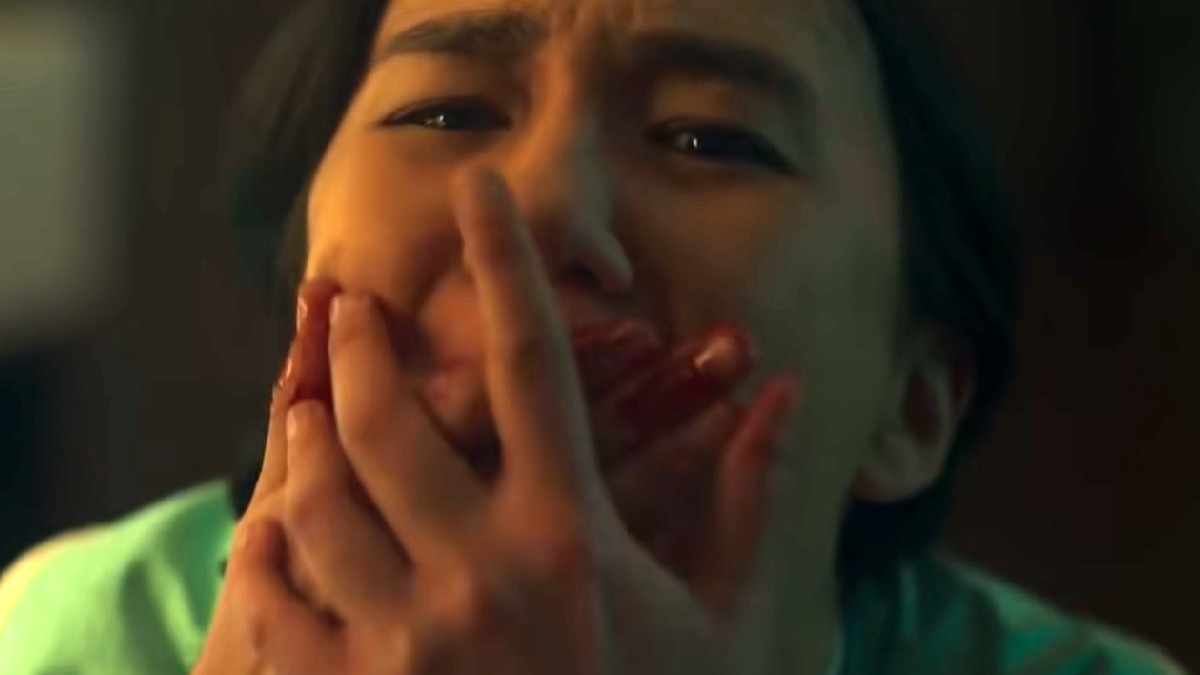 Netflix has only recently started focusing increased attention on the horror genre, which is a smart move when it remains one of the most popular and critically bulletproof means of film or television there is, and it’s not as if the platform can rely on Mike Flanagan’s output or the Fear Street universe forever.

However, it would help were the streamer’s in-house originals up to scratch, something that can’t be said of last week’s debutant Choose or Die. Despite an interesting premise and a clutch of accomplished talents populating the ensemble, it’s hardly going to be remembered once it drops out of the most-watched charts.

Fortunately, that doesn’t looks as if it’ll be happening anytime soon, with Choose or Die holding firm as Netflix’s number one top title per FlixPatrol, an admittedly impressive return for a totally and utterly forgettable chiller that could only scrape together a 24% score on Rotten Tomatoes.

Iola Evans plays a student who uncovers a vintage computer game that still has an unclaimed $100,000 prize up for grabs, with Sex Education‘s Asa Butterfield along for the ride as her best friend. As you’d expect, it’s nowhere near as simple as winning and taking home the money, with all sorts of terrifying surprises lurking around every corner of both the real and in-game worlds.

A winning Eddie Marsan performs that’s hammier than a Christmas basket is always welcome, as is the presence of Robert Englund, but Choose or Die doesn’t have enough under the hood to offer anything else besides a fleeting 84-minute sugar rush.