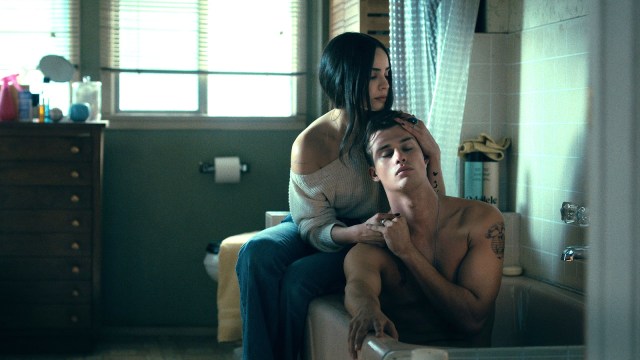 Netflix might be churning out mega budget blockbusters packed to the rafters with A-list talent on a regular basis, but a very strong argument could me made that the platform’s constant churn of tear-jerking romantic movies remains the most consistently popular genre the company has at its disposal, with Purple Hearts providing the latest example.

As always tends to be the case, though, critics and audiences are in steadfast disagreement on the film’s merits. A 25 percent Rotten Tomatoes score is par for the course, but an 88 percent user rating, 7.2/10 ranking on IMDb, and Google audience average of 4.7/5 highlights that the target demographic got exactly what they wanted, and couldn’t be happier about it.

That sentiment has extended onto the most-watched charts, too, with FlixPatrol revealing that Purple Hearts has managed to instantly debut at number one in 32 countries since premiering on Friday, while in total it cracked the Top 10 in a mighty 87 nations. Make no mistake; subscribers do not give a sh*t what the critics think, they just want their heartstrings to be tugged.

The story revolves around two star-crossed lovers as usual, with a chance encounter at a bar putting Sofia Carson’s Cassie and Nicholas Galitzine’s Luke right in each other’s paths. She’s a smart, free-spirited, financially struggling bartender and part-time musician, while he’s a stoic and disciplined soldier preparing to ship out with the Marines.

Will they end up together, in spite of their vast personal and professional differences? If you’ve seen even one flick like Purple Hearts before, then you already know the answer.