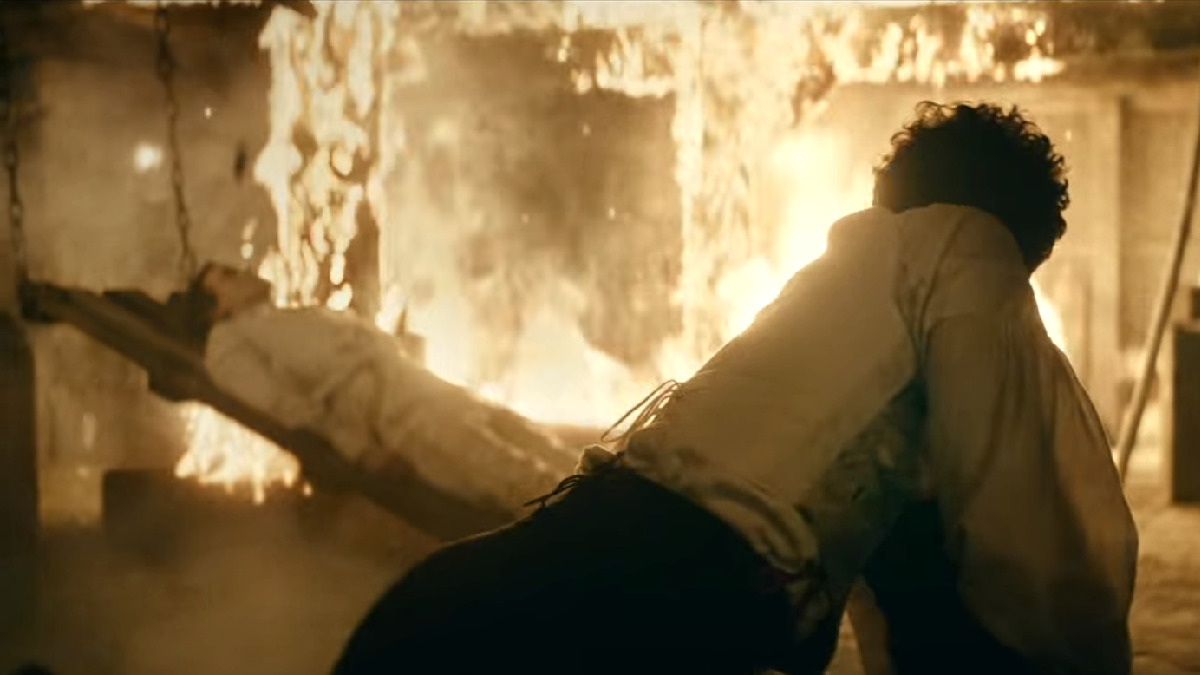 An entirely valid criticism leveled at Netflix is the excessive production budgets handed over by the streaming service to give filmmakers almost complete creative freedom, but it’s entirely up to you if the $72 million spent on The Pale Blue Eye is worth the sacrifice of seeing shows like Warrior Nun and 1899 canceled before their time.

There’s arguably no real need for a period-set mystery thriller to cost almost as much as a blockbuster action movie, but in an even more unusual twist that only makes things more confusing, writer and director Scott Cooper’s latest collaboration with his Out of the Furnace and Hostiles star Christian Bale was cheaper to produce than Noah Baumbach’s dramatic comedy White Noise.

That sums up Netflix’s scattershot approach to financing in a nutshell, but The Pale Blue Eye has at least repaid the faith by instantly becoming the number one film in 50 countries around the world. Per FlixPatrol, the slow-burning mystery thriller has cracked the Top 10 in 89 nations since premiering yesterday, and that number could yet rise by this time tomorrow.

Harry Potter alumni Harry Melling continues his reinvention into one of the most reliable young character actors in the business by more than standing his own against the typically-assured Bale, with a young Edgar Allan Poe getting wrapped up in the grisly spate of murders at West Point that led to grizzled detective Augustus Landor being brought in to crack the case.

Reviews have largely been of a positive variety, but the methodical nature of the narrative and fairly obvious unfurling of the major reveals might split opinion, but Netflix already has a big 2023 hit on its hands regardless.