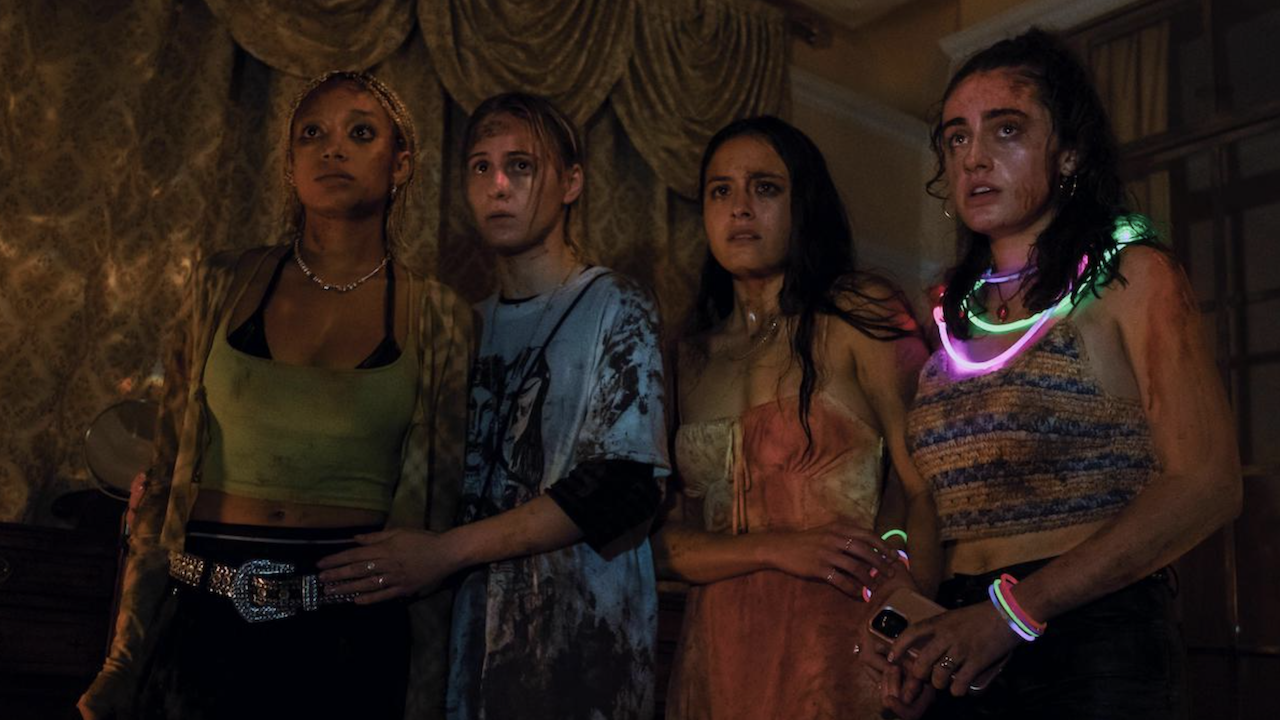 Ahead of the official trailer dropping tomorrow, April 26, A24 has officially unveiled the captivating poster for its newest horror film Bodies Bodies Bodies — and the image promises a cryptic adventure and eerie glimpse into a group of friends who engage in a deadly party game while trapped in a house during a hurricane.

Directed by Halina Reijn, the official trailer is expected to showcase the warped party atmosphere and presents a murder in the dark-style game that ends in an actual murder amongst the group. The friends must then come together to figure out which of them actually committed the heinous crime. On Twitter, A24 posted the official poster, which you can see down below, features several sets of eyes peering and includes the tagline, “This is not a safe space.”

When a group of rich 20-somethings plan a hurricane party at a remote family mansion, a party game turns deadly in this fresh and funny look at backstabbing, fake friends, and one party gone very, very wrong.

Deadly betrayals and secret murder look to be the central focus here, which undoubtedly will keep horror fans on the edge of their seats and scratching their heads with anticipation in a more twisted and clever game of whodunit. From the same production company that provided horror gems like Midsommar and Hereditary, Bodies Bodies Bodies aims to follow the same abnormal path.

Bodies Bodies Bodies is scheduled to be released on August 5. Check back here tomorrow for the official trailer.