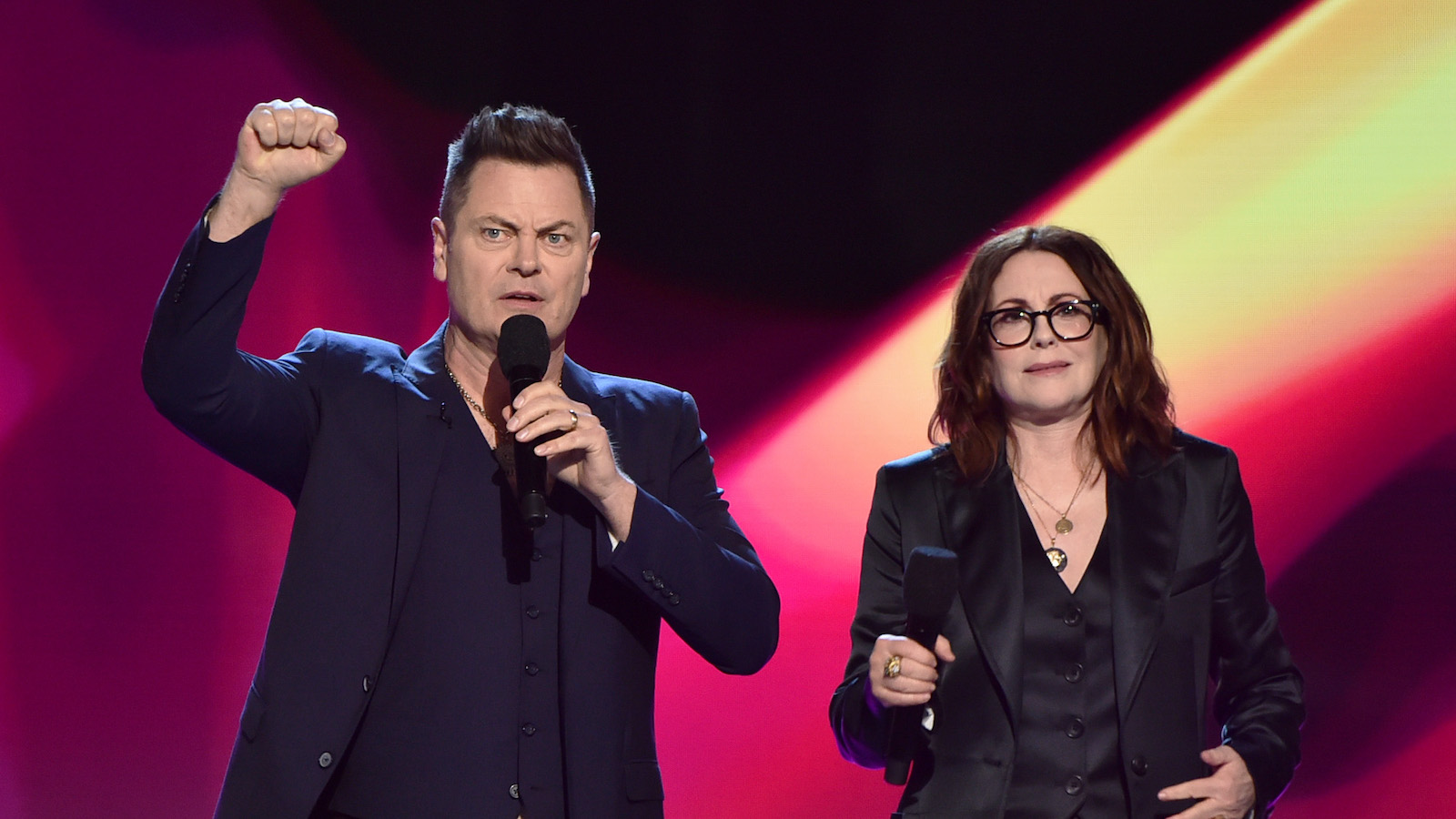 The husband-and-wife duo hosted the ceremony, which took place in Santa Monica on Sunday, and spent a brief moment following a commercial break to address the ongoing Russian invasion of Ukraine, according to Variety.

“(We) send our best wishes to those affected by the war in Ukraine and all unjust conflicts around the world,” Mullally said.

(We) send our best wishes to those affected by the war in Ukraine and all unjust conflicts around the world.

“I think we speak for everyone here when we say we are hoping for a quick and peaceful resolution. Specifically, fuck off and go home Putin.”

Offerman echoed Mullally’s sentiments, again telling Putin to “fuck off and go home”, before encouraging the audience to send Putin off with a “Spirit Awards salute” — giving a middle finger to the camera.

“Great organizations are raising money [for Ukraine]. Please give what you can to give to the victims of this senseless act of aggression.”

Offerman and Mullally’s call for solidarity with Ukraine is one that is largely shared with both individual Hollywood stars and giant corporate entities. Just before the ceremony took place, Netflix revealed that it will be pausing its service in Russia completely, and indefinitely postponing planned production of Russian Netflix originals, in protest of the invasion.

In addition, studios like Disney, Sony and Warner Bros. have all paused planned theatrical releases in Russia, including that of the latter’s The Batman. Despite not yet being shown in Russia, The Batman has already exceeded expectations at the global box office, earning $250 million since its release last week.