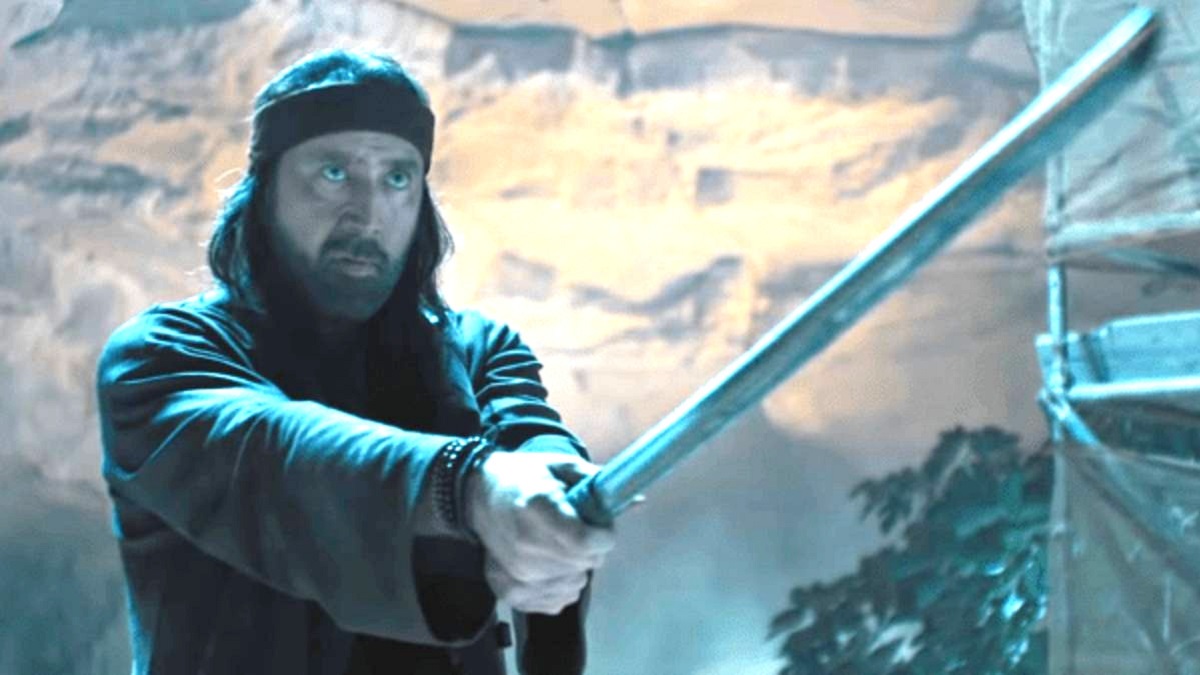 The recent success of Pig and The Unbearable Weight of Massive Talent, two movies that couldn’t be more different than each other but still rank as the two best-reviewed entries in the entire Nicolas Cage back catalogue, has caused a huge uptick in interest towards the star’s filmography.

There are classics, disasters, duds, exercises in mediocrity, and everything in between, but the common denominator is Cage giving it 100% on every single occasion. He may have spent a little too long slumming it in the depths of the VOD doldrums, but when you end up getting oddities like Jiu Jitsu out of the bargain, it can be forgiven.

The Cage renaissance has propelled the forgotten entity to new heights on streaming, too, with no less than four different countries deeming Jiu Jitsu worthy of a spot on the Top 10 iTunes most-watched list, as per FlixPatrol.

Despite being marketed almost entirely on the back of “come and see Nic Cage fight aliens with a sword”, the Oscar-winner only plays a small supporting role as a suitably eccentric sage. That’s not to say the cast is lacking in talent, though, with Frank Grillo, Tony Jaa, Rick Yune, and Alain Moussi all knowing their way around a hand-to-hand scrap.

Sadly, the potential is never truly realized, which is a crying shame when Jiu Jitsu is a martial arts sci-fi actioner that follows a band of mercenaries and killers who end up being caught in a battle against the alien race who descend on our planet every six years for no other reason than to throw hands. Yes, it’s Predator-lite, but knock back a few beers and it’ll improve exponentially.