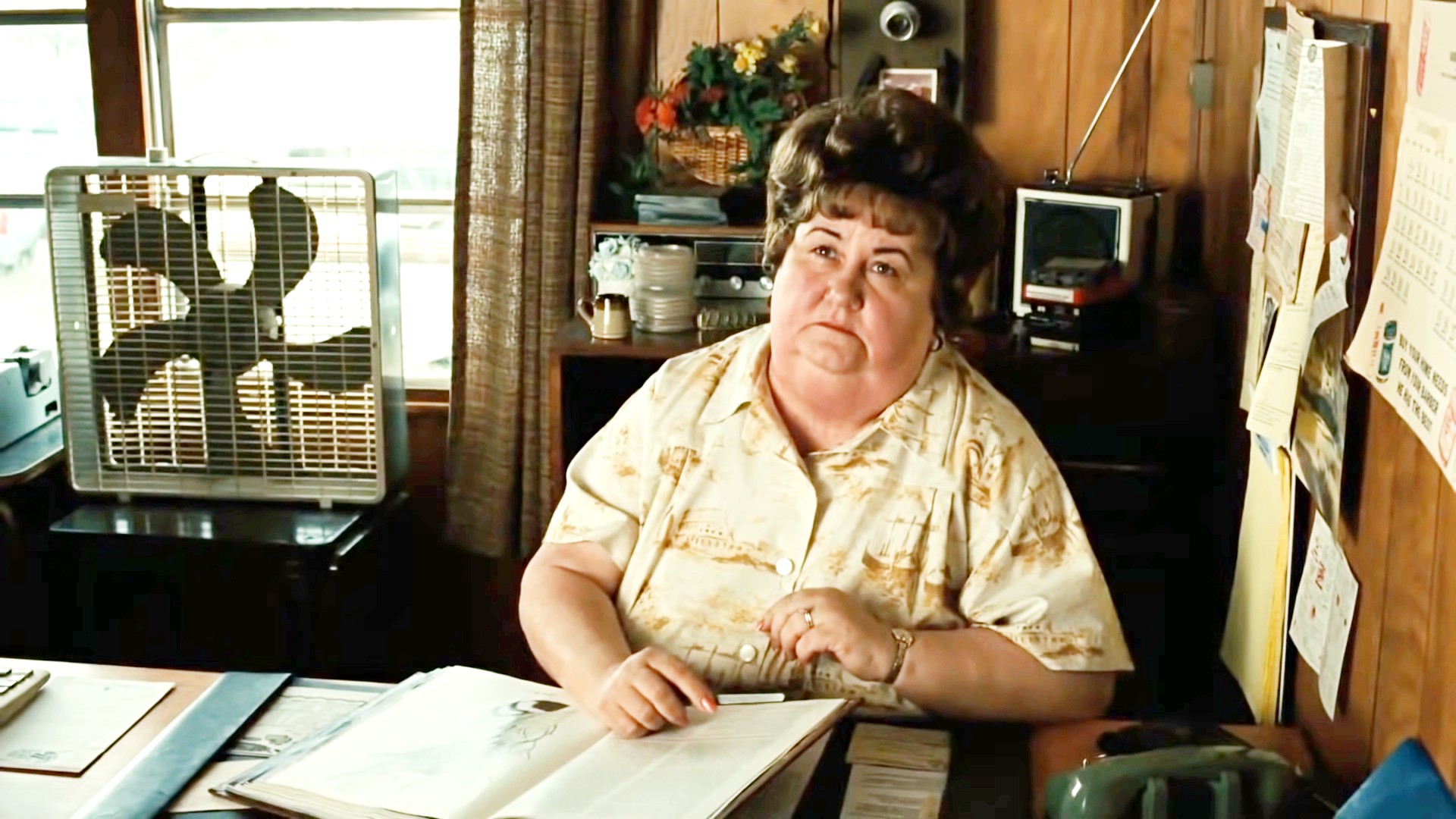 Beloved character actor Kathy Lamkin, known for her roles in No Country for Old Men and the 2003 remake of The Texas Chainsaw Massacre, has died at the age of 74.

Lamkin, who snagged a SAG award for the Coen Brothers’ existential 2007 thriller, passed away following a short illness, her family told Deadline.

“Kathy will be missed by her family and friends…and left an impact on all she that encountered during her life on this Earth,” the family said in a statement.

In addition to coming face to face opposite Javier Bardem’s intimidating assassin, Anton Chigurh, in the film based on the novel by Cormac McCarthy, and impressively standing her ground, Lamkin starred in some 46 film and TV projects in total, from 1990 to 2014.

Another iconic role for Lamkin was that of “The Tea Lady” in the 2003 Texas Chainsaw remake, a character unique to that iteration of the franchise, and whose background is somewhat mysterious. She also appeared as the same character in the 2006 prequel follow-up, The Texas Chainsaw Massacre: The Beginning.

The authenticity to those gothic, Texas-based film roles she was known for in the latter part of her career was likely enhanced by the fact that she herself was born in Graham, Texas, on December 10, 1947. Later in life, Lamkin created and ran venues for teaching acting, such as the Unicorn School of Acting, and USA Theater, after previously being a theater arts teacher at Codwell Elementary School in Houston.

Other TV and movie roles she was known for included My Name is Earl, Kiss Kiss Bang Bang, Nip/Tuck, Waiting for Guffman, Boston Legal, and The Astronaut Farmer, among many others.