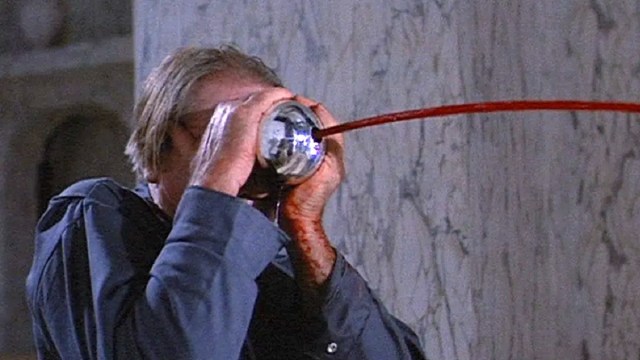 For the last two decades, horror fans have witnessed almost every single one of their favorite movies become the subjects of a remake, reboot, or re-imagining – and sometimes more than once in the case of The Texas Chain Saw Massacre, Hellraiser, and Halloween to name but three. No pun intended, but it’s been done to death, although there’s an argument to be made that Phantasm might be worth a shot with the right cast and crew in place.

Funnily enough, Danny McBride (who’s been heavily involved with David Gordon Green’s freshly-concluded Halloween trilogy) admitted a few years back that he’d love to see the 1979 cult favorite slapped with a fresh coat of paint. Written and directed by Don Coscarelli, it’s easy to see why so many devotees of all things bloody would be on board with a prospective resurrection.

A huge hit at the time, Phantasm hauled in $22 million from theaters on a measly $300,000 budget, and while reviews weren’t exactly universally positive, time has only seen its reputation increase. The story finds 13 year-old Mike investigating why so many residents of his sleepy hometown have been dying under mysterious and unexplained circumstances, and he gets an answer he could never have expected.

As it turns out, the terrifying local mortician known as the Tall Man has been offing the living to reanimate the dead as zombies, as one does. There’s also a heavy sci-fi element and lashings of fantasy to be found, too, with the end result a deliriously demented mashup of multiple genres and influences that packs a fantastically charm and ludicrously entertaining punch.

It’s strange that nobody’s taken the plunge on a new version of Phantasm as of yet, but that doesn’t mean it won’t happen one day.