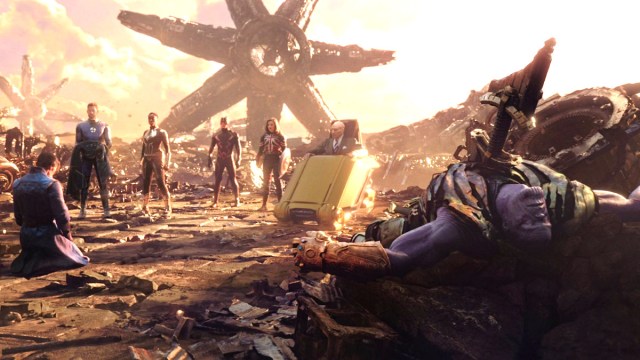 One of the biggest recurring problems with almost every major long-running franchise is the desire for every single shred of lore and mythology to be explained in painstakingly excruciating detail, with Star Wars and the Marvel Cinematic Universe arguably the most prominent offenders.

Sure, fans are always going to demand answers, but that doesn’t mean they need to be obliged. Oftentimes it can be the best course of action to let the audience decide the who, what, when, where, and why for themselves, with the Illuminati’s defeat of Thanos that was teased in Doctor Strange in the Multiverse of Madness providing an excellent example.

We know that Benedict Cumberbatch’s beardless Doctor Strange, John Krasinski’s Reed Richards, Hayley Atwell’s Captain Carter, Anson Mount’s Black Bolt, Chiwitel Ejiofor’s Karl Mordo, Maria Rambeau’s Captain Marvel, and Patrick Stewart’s Professor X were able to defeat the purple warlord on his home turf of Titan, but do we need to know how? Well, it depends on who you ask, based on the discussions happening over on Reddit.

The Illuminati might have been able to overcome the threat of Thanos, but that doesn’t mean their victory didn’t come without a sacrifice. For going against orders and embracing the power of the Darkhold, 838’s Sorcerer Supreme was eviscerated by Black Bolt for his troubles, even if the leader of the Inhumans did turn his comrade to dust by saying “I’m sorry”, adding another tragic undertone to his evaporation.

The Mad Titan was beaten by a superhero squad, and that’s as much as we’ve got to go on, which is enough for some folks.