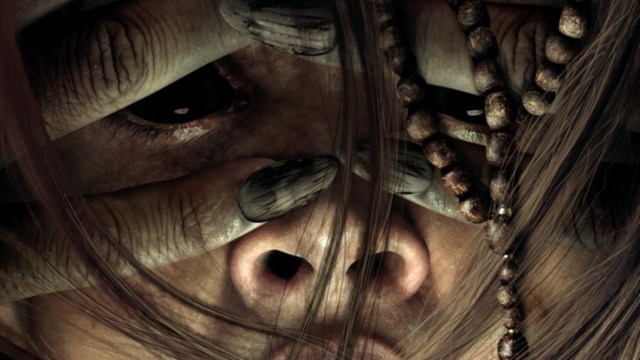 Prey for the Devil will see Byers’ Sister Ann attending an exorcism class at a Catholic church and waging war with the demon for the soul of a young girl, whom she believes to be terrorized by the same entity that tormented her own mother years prior. Courtesy of Dread Central, the Prey for the Devil synopsis reads as follows:

In response to a global rise in demonic possessions, the Catholic Church reopens exorcism schools to train priests in the Rite of Exorcism. On this spiritual battlefield, an unlikely warrior rises: a young nun, Sister Ann (Jacqueline Byers). Although nuns are forbidden to perform exorcisms, a professor (Colin Salmon) recognizes Sister Ann’s gifts and agrees to train her. Thrust onto the spiritual frontline with fellow student Father Dante (Christian Navarro), Sister Ann finds herself in a battle for the soul of a young girl (who Sister Ann believes is possessed by the same demon that tormented her own mother years ago), and soon realizes the Devil has her right where he wants her….and it wants in.”

Although the official release date (which aptly falls right before Halloween) is still several months away, many stills from Prey for the Devil are making rounds on the internet, hoping to hype up fans of the exorcism sub-genre.

Originally titled The Devil’s Light, the film was retitled Prey for the Devil in July 2022.

Alongside Jacqueline Byers, Prey for the Devil stars Colin Salmon, Virginia Madsen, Ben Cross, Christian Navarro, Lisa Palfrey and Nicholas Ralph. Additionally, the film features Cross in his final film before his death in 2020 and is subsequently dedicated to his memory.

Prey for the Devil is scheduled for theatrical release on Oct. 28, 2022.