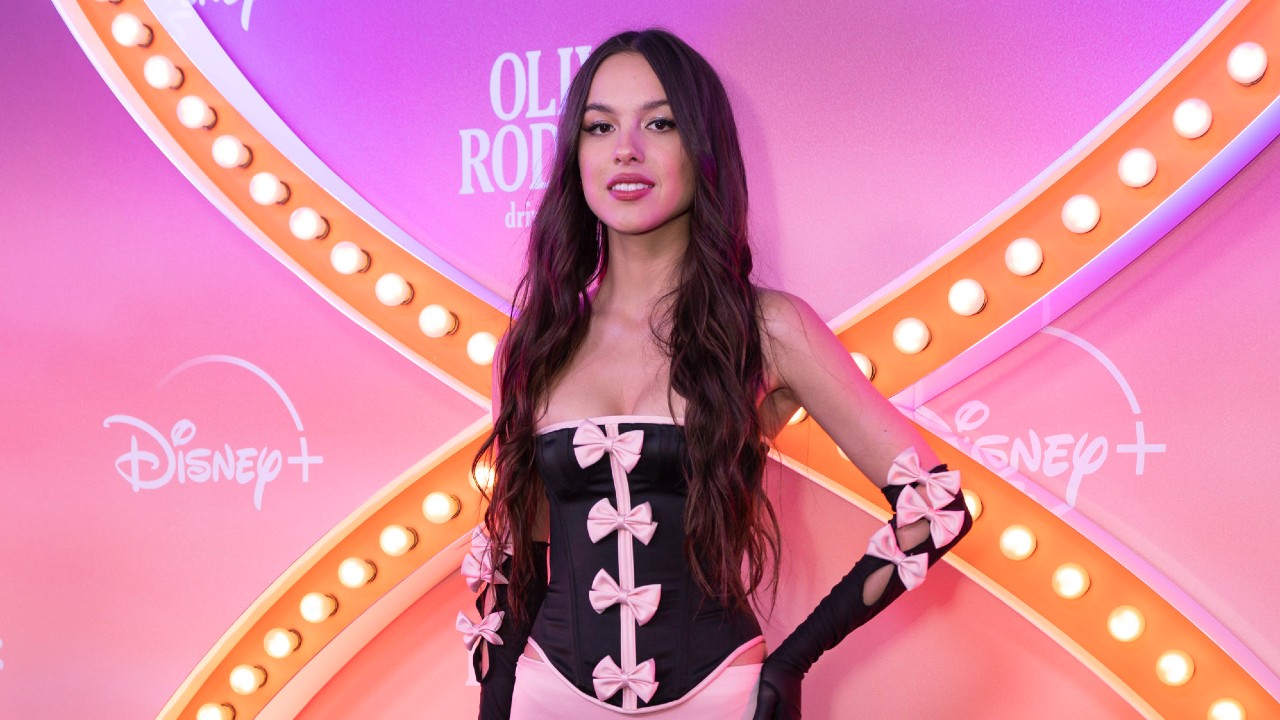 The chart-topping artist and actor’s new movie is available beginning Friday on Disney Plus, and traces her journey of making the triple-platinum debut album, Sour.

Rodrigo looked stunning at LA’s Regency Theater in a black-and-pink corset-like top, long gloves, and a mini-skirt. The outfit was adorned with pink bows.

The film’s director, Stacey Lee, was also in attendance, as well as performing artists Blu DeTiger, Towa Bird, and Olivia’s all-woman band, who are prominently featured in the film, according to a press release from Disney.

Fans from all over the country were also invited to attend the advance screening, where Rodrigo made a surprise appearance.

The film takes the “good 4 u” singer on the familiar Salt Lake City road ship she previously embarked on as inspiration for the triple-platinum Sour. Driving from Utah to Los Angeles, Rodrigo makes stops along the way for new live arrangements, intimate interviews, and never-before-seen behind-the-scenes footage of the making of the album.

Originally starting out as an actor starring in Disney Channel’s Bizaardvark and the Disney Plus series High School Musical: The Musical: The Series, Rodrigo gained mainstream success in the music world with the release of her first single, “Drivers License,” in early 2021. Since then, her accompanying album, Sour, has went on to receive much critical acclaim.

OLIVIA RODRIGO: driving home 2 u (a SOUR film) is now streaming on Disney Plus.